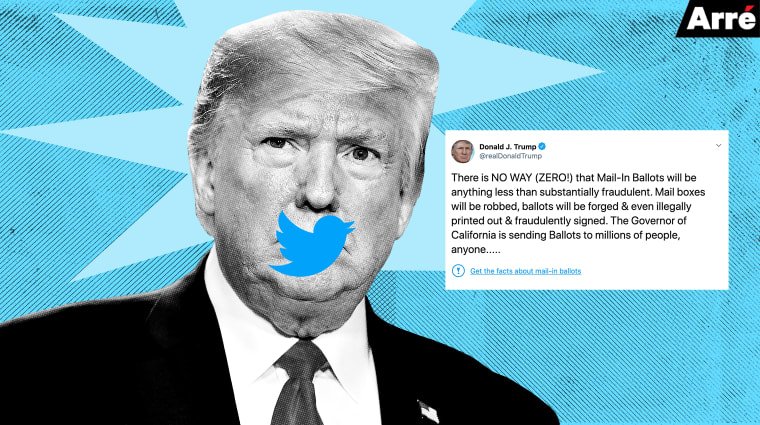 American celebrities have taken to their Twitter accounts to express their reaction over the permanent suspension of President Donald Trump ’ s Twitter account.
The company banned the @realdonaldtrump account for good on Friday , citing ‘ risk ’ that the president would incite further violence.
Twitter first locked Trump out of his account on Wednesday for inflammatory posts after a pro-Trump mob stormed the Capitol , but the company lifted the suspension the following day , usatoday .com reports .
“ After a close review of recent tweets from the @realDonaldTrump account and the context around them — specifically how they are being received and interpreted on and off Twitter — we have permanently suspended the account due to the risk of further incitement of violence, ” read a company statement late Friday .
Many stars cheered the decision in the wake of the company ’ s announcement .
Supermodel and cookbook author, “ Chrissy Teigen simply tweeted , “ AAAAAAAAAAAAHAHAHAHAHAHHA
“ What the ( expletive) took you so long @jack ?” asked Julia Louis- Dreyfus, addressing Twitter CEO Jack Dorsey .
Mark Ruffalo thanked Twitter , while Mark Hamill asked , “ And how is YOUR day going ?” along with a screenshot of the president ’ s suspended account.
“ The year is looking up again ,” wrote Jameela Jamil .
The View co -host Meghan McCain retweeted Twitter’ s announcement and added a warning : “ He ’s gonna burn the White House to the ground .”
Comedian Sarah Cooper questioned the president ’s state of mind following the ban .
“ Uhm , ” she wrote . “ Anyone worried he might lose his mind . Who the hell is going to explain to him that his precious Twitter followers are all gone .”
Popular actress , Whoopi Goldberg just wrote , “ Finally ,” and comedian Wanda Sykes called for Twitter to suspend more accounts .
“ FINALLY!” she wrote . “ Can we put them on a family plan ? Don Jr , Ivanka , Eric , Tiffany , Jared , you too Melania …Shut all of them down !”
According to author Stephen King , Twitter “ finally got fed up with Trump ’ s lying ( expletive) and took away his megaphone . ”
“ Good . Makes me proud to be a twitterhead ,” he added .
Hillary Clinton called back to one of her past tweets during the 2016 election in which she ran against Trump for the presidency .
At the time , she tweeted at Trump , “ Delete your account.” On Friday , Clinton resurfaced her old tweet with a check mark emoji.
“ Twitter finally banned Trump !” wrote Sacha Baron Cohen , who has called for Twitter to ban the president in the past . “ We did it !”
Others , however, took up issues with the suspension as they sided with the president .
“ If you ’re on the right or not woke or want to raise questions about the integrity of our electoral system , you ’re next,” wrote Megyn Kelly .
User @ ozzygutierrez1 replied to Kelly that “ there is a difference between raising questions about the integrity of our electoral system and actively undermining our institutions and advocating for violence like he did .”
Meanwhile, Trump ’ s son Donald Trump Jr . tweeted that “ free -speech no longer exists in America . It died with big tech and what ’ s left is only there for a chosen few, ” he said.