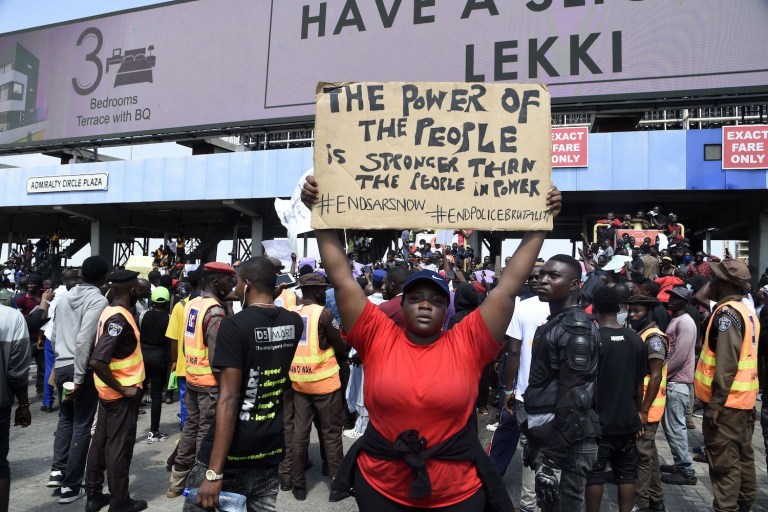 Proceedings at the Lagos State Judicial Panel of Enquiry and Restitution for Victims of SARS related abuses and other matters degenerated to a shouting match following its decision to return the Lekki Toll Gate plaza to its owners , the Lekki Concession Company .
The plaza has been under the control of the panel since it began sitting in October following the # EndSARS protests against police brutality .

The Justice Doris Okuwobi-led panel granted LCC permission to repossess the plaza after taking arguments for and against the application made by counsel to the LCC Ltd, Demola Seriki for the re -opening of the facility .
The other four members who sat with Justice Okuwobi are Segun Awosanya ( Popularly known as Segalink ) , Oluwatoyin Odusanya ( Director , Citizens right ) , DIG Taiwo Lakanu ( representing the police ) and Lucas Koyejo ( from the National Human Rights Commission ) .