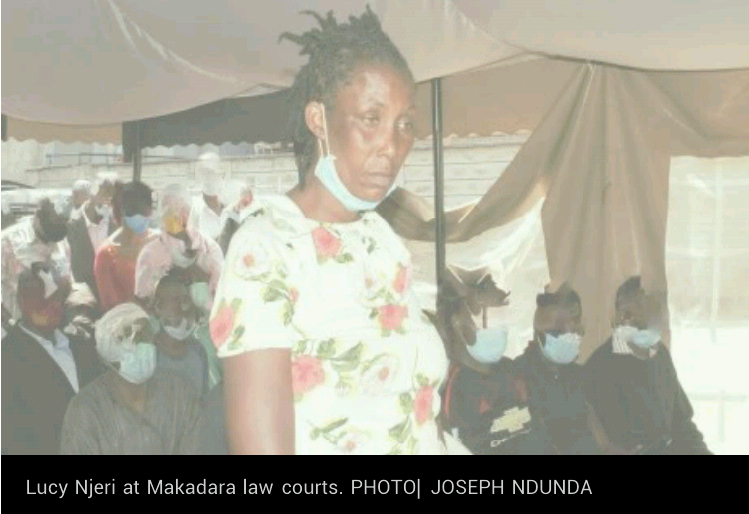 A woman who was caught cheating and proceeded to attack her husband with acid has given the reason why she got in bed with another man.

Lucy Njeri was arraigned at the Makadara law courts and charged with assaulting Geoffrey Nyebere in Soweto estate in Embakasi East sub county, Nairobi on January 16, 2021.

However, Njeri told senior principal magistrate Angelo Kithinji that the complainant was no longer her husband as she had left him because she could not stand him and his ‘oversized’ manhood.

She told the court that she had warned Nyabere not to visit her house again because his manhood ‘is too big for any woman’.

“I have repeatedly told him that I don’t want him because I can’t stand him but he keeps coming back and I have reported him to the police for it. I have more than 20 (Occurrence Book) entry records against him but he rushes to the police to file counterclaims against me and no action has ever been taken. I can show them”.

It was gathered that the complainant reportedly arrived at her house at around 10pm on the fateful day only to find her with another man but she allegedly declined to open the door despite her persistent knocking.

Nyambere was said to have then opened a window only for her to splash a corrosive substance on his face leaving his face disfigured.

Njeri, who was arrested the following day, pleaded with the court for lenient bail and bond terms and was released on Sh10,000 cash bail.

The hearing of the case starts on June 21.

Continue Reading
You may also like...
Related Topics:It's not my Fault ”His Oversized Penis Made Me Cheat”, Woman Says After She Was Caught In Bed With Another Man