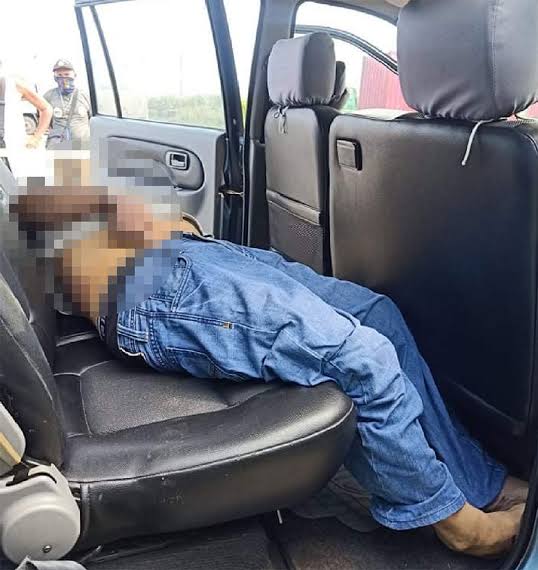 A missing man, simply identified as Isiaka has been found dead inside his SUV around Olomore area of Abeokuta, the Ogun State capital.

Vanguard learnt that Isiaka was said to have been declared missing by his family about three days ago.

The family had reported at Adigbe divisional police headquarters that the deceased left home in his car, but never returned.

A source told our correspondent that the search for the man yielded no result not until Tuesday when he was found dead in his car along Olomore area of the State capital.

The body has since been evacuated by the police.

According to Oyeyemi, the family had requested that the body be released for burial according to Islamic rites, adding that the cause of his death was still being investigated.

“The man was reported missing about three days ago at Adigbe police station, and a case of missing person was incidented, only for us to get information today that the man’s dead body was discovered inside his vehicle. We are investigating the cause of his death.

“The family has demanded the corpse to be released because they want to bury him according to Islamic rites,” the PPRO said.

Continue Reading
You may also like...
Related Topics:Missing man found dead inside car in Abeokuta

Father allegedly beats his 7-year-old son to death in Lagos over piece of fish
Just in: ‘Over 8,000 Boko Haram terrorists have surrendered