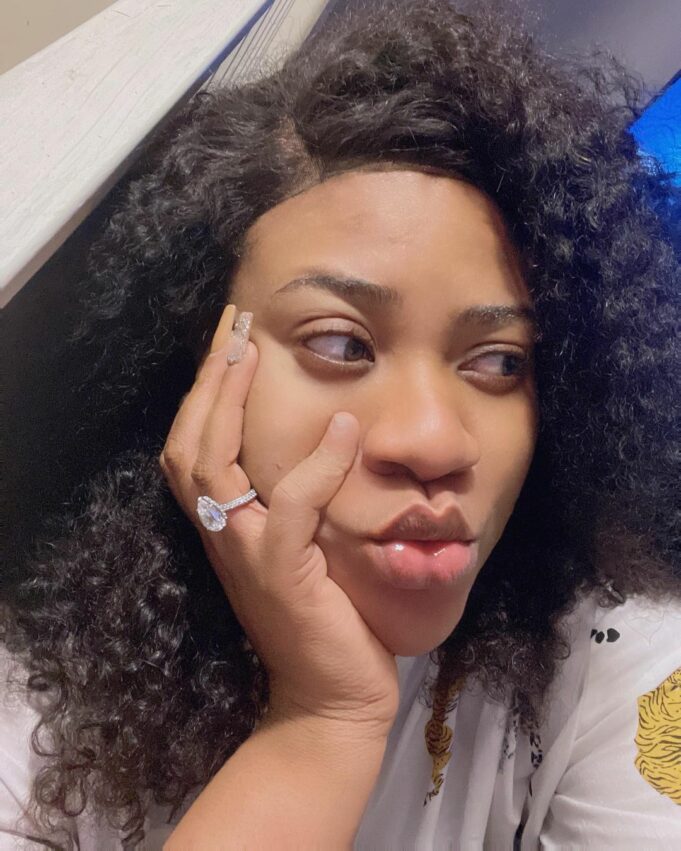 Nollywood actress, Nkechi Blessing has leaked her chat with controversial crossdresser, Bobrisky amid their online battle.

Social media violence escalated between Bobrisky and Nollywood actress, Nkechi Blessing and they both took to Instagram to spill each other’s dirty secrets on social media.

It all started after Nkechi took to her page and tendered a public apology to the fan she had berated for tattooing her name.

A social media user then took to the comment section of Nkechi’s apology post and wrote “the fear of Bobrisky”. A comment Nkechi found annoying and said both the fan and Bobrisky are mad.

Initially, Nkechi vowed not to reply Bobrisky and shared a chat where the male barbie tried to force her to reply him, revealing he has been waiting for the fight since last year.

See their chat below,

Continue Reading
You may also like...
Related Topics:Bobrisky, Nkechi Blessing