Saraki is no threat to our party, says Kwara APC chair 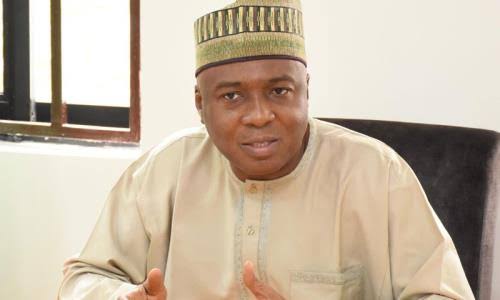 All Progressives Congress (APC) in Kwara State yesterday said it is very solid in the state.
It added that former Senate President Bukola Saraki cannot pose any threat.
APC Chairman Bashir Bolarinwa, speaking in Ilorin at a prayer organised in honour of the late former Governor Mohammed Lawal, made a reference to the entry of Senator Saraki to the state capital last Saturday since his defeat at the polls in the 2019 general election.
During the visit, Saraki’s supporters, associates and loyalists trooped out en masse to welcome him back home.
Bolarinwa said: “Let me say this for all to hear. We are not disallowing anybody from entering the state. We know that Saraki can no longer pose any threat to APC in Kwara State.
Read Also: Saraki returns to Ilorin for first time since 2019 polls defeat
“God that was with us yesterday is forever with us. Our members have no reason to entertain any fear. Saraki’s domination of Kwara political landscape is gone for good.”
Speaking about the life and time of the late Lawal, Bolarinwa, a former House of Representatives member, urged people in position of authority to always know that power was transient.
“The legacy of the late Governor Lawal is still speaking for him. The deceased was an embodiment of good work. This goes to tell us that our positions and accomplishments are for the betterment of the less privileged in the society. It is what the holy books admonish us to do.”

Continue Reading
You may also like...
Related Topics:Saraki is no threat to our party, says Kwara APC chair