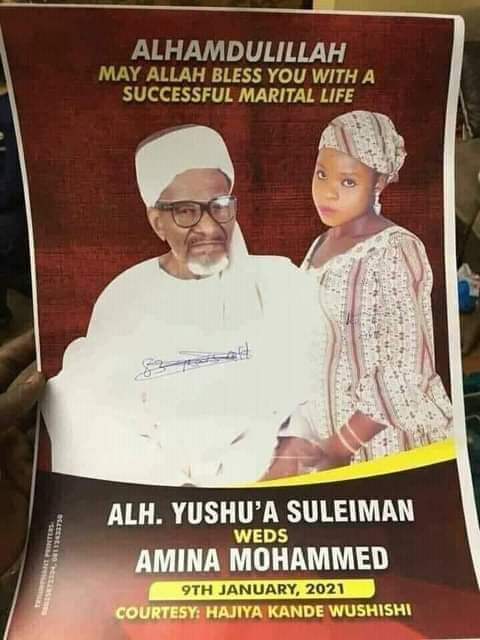 According to a Niger state online news portal who shared the wedding invite on Facebook, the wedding is slated to hold tomorroe, Saturday, January 9th, 2021.

The invite is courtesy of one Hajia Kande Wushishi Local Government Area of Niger State.

In other news, a Nigerian Muslim woman has taken to social media to advocate for polygamy, as she says marrying a married man is the best.

According to the young Muslim woman identified as IlhamSafiyyat, marrying an already married woman is the best decision to make in choosing a life partner.

Safiyyat explained that getting married to a married man is the best thing because you not only get a husband but you also get a sister.

“Getting married to a married man is the best thing because it comes with a bonus a husband and a sister.”

Fire guts petrol tanker on Oshodi-Apapa Expressway (Video)
OMG! Nigerian Twin sisters get married to one man because they couldn’t live without each other