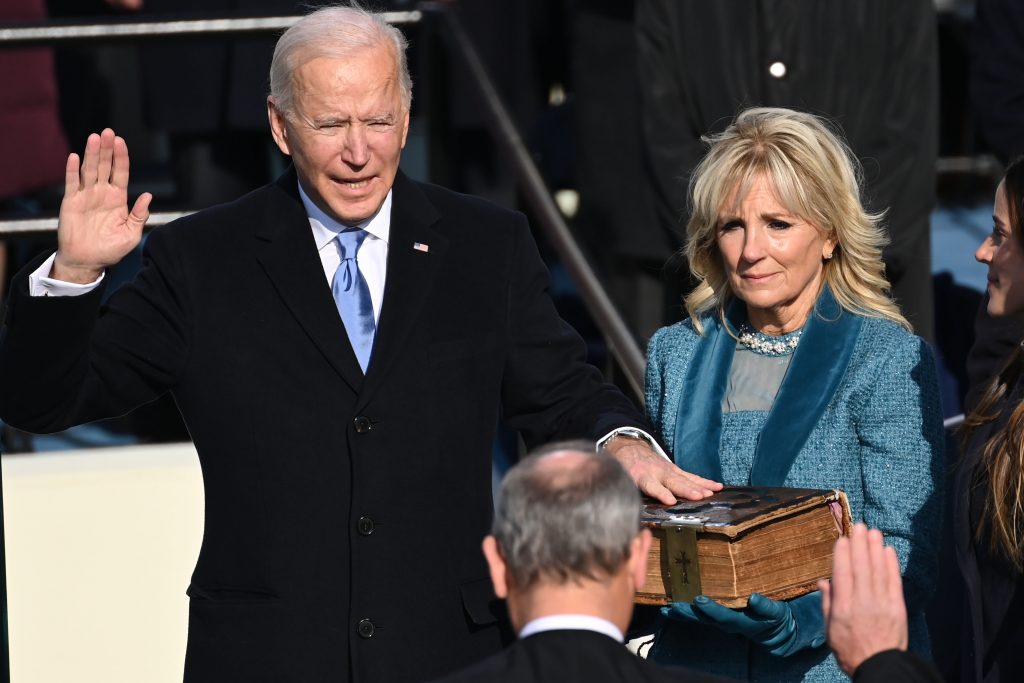 Joe Biden has been sworn -in as the 46 th President of the United States of America .
His running mate in the US presidential election of November 3 , 2020 , Kamala Harris , was also sworn -in as Vice President .
Biden and Harris had arrived at the US Capitol on Wednesday for their official inauguration ceremony.
Biden , 78 , was sworn in by Supreme Court Chief Justice John Roberts as the 46 th president of the United States .
Harris , 56 , is the first woman to become vice president .
Donald Trump left Washington three hours before Biden ’ s swearing -in, the first American president to skip the inauguration of his successor in more than 150 years.
The inauguration comes exactly two weeks after Trump supporters stormed the Capitol in a bid to disrupt the certification by Congress of Biden ’s November election victory .
Among those attending the ceremony are former presidents Barack Obama , George W . Bush and Bill Clinton .
Vice President Mike Pence is also present after skipping a departure ceremony for Trump at nearby Joint Base Andrews earlier in the day .