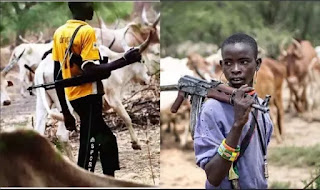 An alleged fresh clash between suspected herdsmen and indigenes of Jebbu Miango Village in Bassa Local Government Area of Plateau state has left five persons dead while eight others are said to have sustained various degrees of injury.
The incident, according to the New Telegraph, happened very late on Thursday, January 25.
The report also said the incident was confirmed by the police spokesperson in the state, DSP Mathias Terna, on Friday, January 26 in Jos. 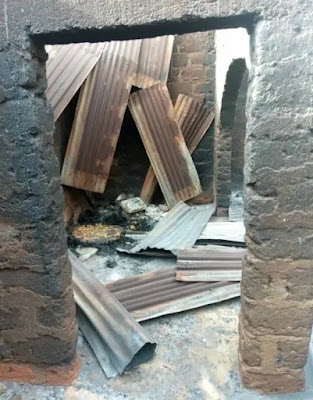 A building razed during the clash

Terna reportedly said three people were killed and burnt by the armed men. He gave their identities as Danlami Gomaster, male, of Kwall district; Emmanuel Audu, male, of Jebbu-Miango and said the last person is yet to be identified.

“Eight other persons sustained various degrees of gunshot injuries and were taken to Enos Hospital in Bassa for medical treatment. Twenty housing units were also set ablaze.
“Investigation is on to unravel the remote and immediate causes of these attacks.”
“Yesterday at about 1900hrs, the police division in Bassa Local Government Area received a distress call that Jebbu-Miango in Bassa was under attack.
“The division immediately informed the command and we mobilised to the place.

“While we were close to the village, the armed men suspected to be herdsman sighted us and took to their heels.”

ASP Terna said security meeting is ongoing with community leaders and traditional rulers to prevent the escalation of the gory killings across the state.
He called on residents of Plateau state to go about the lawful activities and report any suspicious movement in their respective communities to security agencies for prompt action