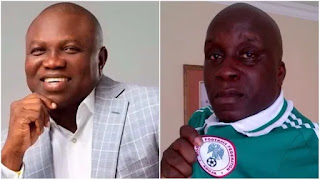 The Special Adviser to Governor Akinwunmi Ambode on Commerce, Deji Tinubu, has died. According to reports, Deji was at a novelty march being played in Epe, yesterday January 25th, when he slumped.
He was immediately rushed to a hospital in Epe where he was confirmed dead. Reason for his sudden death is yet unknown. Deji and members of the state executive were in Epe for a retreat. 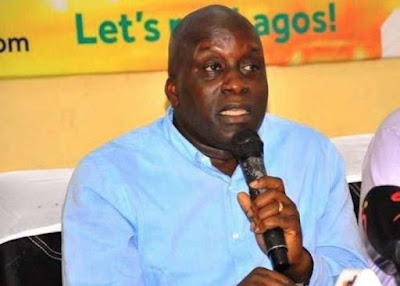 The deceased was formerly the Chairman, Lagos Sports Commission and Special Adviser to the Governor on Sports. He was later made the Special Adviser on Sports alone.
At the recent Cabinet reshuffle by Governor Ambode, Deji was redeployed to Commerce and Industry as Special Adviser before his death.
May his soul rest in peace, Amen.
See Governor Akiwunmi ambode’s tweet below: 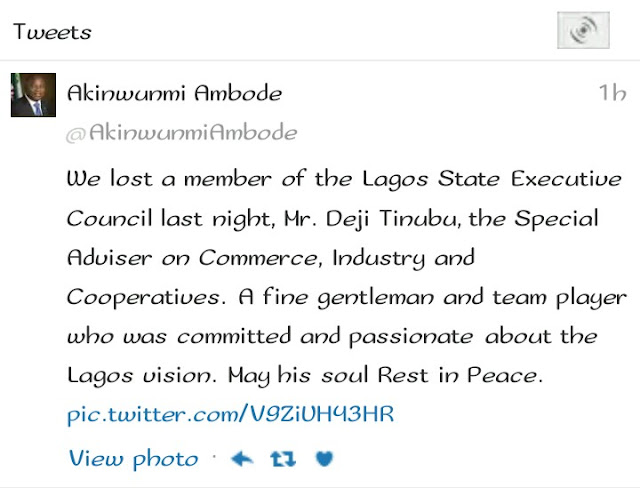