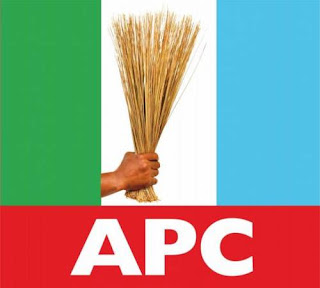 The APC has reportedly budgeted N15 billion for Ekiti, Osun gubernatorial elections and its conventions
– The proposal was said to have been presented to the party’s national caucus by its chairman, John Odigie-Oyegun
– Oyegun is reportedly planning to engage a firm, System Spec (Remita), to handle the party’s collection of membership dues
The ruling All Progressives Congress (APC) is reportedly proposing a budget of N14.82 billion for this year governorship elections in Ekiti and Osun states and the 2019 general elections.
Nigerian Tribune reports that a party source revealed that the proposal was presented to the APC national caucus on Monday, February 25, by the Chief John Odigie Oyegun led national working committee at its meeting held at the presidential Villa which preceded the Tuesday, February 26 National Executive Committee (NEC) meeting, where the NWC was granted one-year tenure extension.
9jahitplay.com gathered that in a document titled:
“Financial report for 2016, 2017 and presentation of 2018 Budget,” sighted by Saturday Tribune and signed by APC national treasurer, Alhaji Bala Mohammed Gwagwarwa, the party said it expected that out of the total estimate, N5.86 billion would be made from nomination fees and about N3.4 billion from fundraising, while it expects to earn the sum of N4.2 billion from membership dues, sale of party cards (N1.0 billion), and levies on elected/appointed office holders (N 0.304billion).
The party national leadership also proposed to the national caucus that the sum of N1.3 Billion would be needed for the party’s convention while it earmarked N1 billion for media/ publicity.
READ ALSO: There is no evidence of underage voting in Kano, INEC – Click to read more
Further checks revealed that the Oyegun APC leadership is planning to engage a firm, System Spec (Remita), to handle its collection of membership dues.
The document further read: “Looking ahead of 2018 which is an election year budget, a lot of activities ranging from organisation of congresses/ primaries, conventions, sensitization meetings and campaigns are expected.
“The Budget inevitably has to be robust, flexible and capable of being implemented. Bearing this in mind, a budget of N14.82 billion as shown in the Annexure 2 is being proposed.
‘’The main sources of income for the 2018 budget are nomination fees (N5.86bn), fundraising (N3.45 bn), membership dues (N4.2 bn), sales of party cards (N1.0 billion) and levies on elected/appointed office holders (N 0.304billion).
‘’On the expenditure side, the major items are: Acquisition of national secretariat (N1,96 Billion), conventions (N1.3 Billion), media /publicity (N1billion), election expenses (N0.4 billion), vehicles (N0.05billion), grants to states/zones (N0.4billion), membership registration (N 0.2 billion), Reimbursements to states and zones (N2.48 billion).
‘’In order to ensure funding stability and respectable budget implementation, membership contribution has been identified as crucial. Accordingly, a framework to deploy electronic payment system that assures convenience, transparency and ease of reconciliation of payment has been designed.
“This system allows the use of airtime to pay the monthly N100 membership dues by members while bigger payments can be transacted through banking channels customised for the party in all banks.
“This system has been substantially completed except for the negotiation of the revenue sharing formula between the party and the telecom companies whose platform will be used in collecting the payment, regulatory impediments will soon be resolved, which will substantially support the party’s on-going discussions on revenue sharing the formula with the telecoms.
‘’Due to the difficulty the party is facing with the telecoms, we have additionally engaged SystemSpec (Remita) as an alternative channel for collection of membership fees, which we hope will be launched soon.
‘’Based on membership strength of about 10 million and 35 per cent success in collection of membership fees, we are confident that this system will assure sustainable funding for the party

0
Previous post There is no evidence of underage voting in Kano – INEC
Next post Nigerian Reverend Father, others, arrested for stealing and selling an 18month old baby
Admin