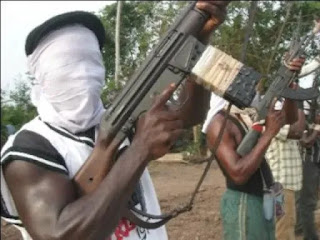 The assailants attempted to attack a community in Anka local government area but were stopped by vigilant policemen
– Spokesperson for Zamfara state Police Command DSP Muhammad Shehu said one of the gunmen was arrested
– The suspected, he said, had live ammunition and an AK-47 machine gun on him when he was picked up
The Police in Zamfara said it averted an attempt by unknown gunmen to attack Wuya Community in Anka Local Government Area of the state, and arrested one suspect.
The Police Public Relations Officer (PPRO) of the Command, DSP Muhammad Shehu made this known in a statement in Gusau on Saturday, March 3.
READ ALSO: Baby born with 4 hands, 3 legs in Kaduna – Click to read more
According to him, the police also recovered arms from the suspect.
Shehu said that on March 2, armed bandits in large number on motorcycles attempted to invade Wuya Community in Anka.
He said that the command’s mobile police patrol team engaged the bandits, which made them to retreat into the forest with possible bullet wounds.
“ One suspect was arrested and 35 rounds of live 7.62 Ak-47 ammunition recovered from him ,’’ he said.
According to him, security has been beefed up in the area.