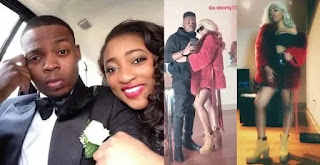 Award-winning rapper, Olamide has finally proposed to his baby mama, Bunkumi, on her birthday, which is today.. 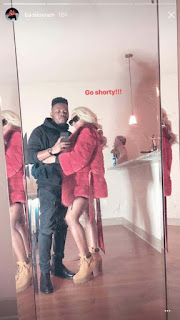 The rapper and his babymama have been together for years now, and she’s the only “woman” who has a child for the singer.. and she’s finally got a ring to her finger.
Olamide had a son with Bunkunmi, named, Batifeori Maximilliano Adedeji..
READ ALSO: Tears As JSS 2 student dies after taking 10 tablets of Tramadol – Click to read more
According to multiple reports, Bunkumi and Olamide started dating from the beginning of his music career, and she’s been with him ever since. 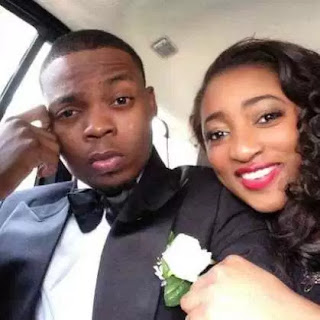 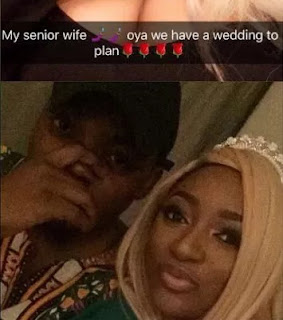 Some comments after his engagement was announced:
@iam_markenziee: “omo dis gal dun fly for afternoon nd for night,it is so rare to see a celeb end up with his baby mama..lol congrats dey re compatible 100%”

@stainface: “I know some uncontested ladies will still say see the small diamond ring he gave her, a whole Celebrity. If you know their story you gon know she’s the Humble right when Olamide wasn’t nothing. Now she enjoying”

@rhunyee_calaaabarkitchen: “Olamide got his girlfriend pregnant, stuck with her all through and now He’s wifed her. She was there for him from the onset and stayed till now. Men and women, learn from this”

@shakar_el: “A Drama Free woman will always Win in peace and enjoy forever”

@missalluring: “What everyone wants “drama free life”. Even the drama queens and kings cringe at their own life style. Didn’t even know Olamide had a son not until now… Congrats to her.”

@dpurple_unicorn: “Thought he said he was never gonna get married? Congratulations to the both”

@thechrishelle.k.o: The fact that I’m just seeing her picture for the first time though.. Not all these other ones that hops into drama like say na food

One thought on “At Last Olamide proposes to his babymama (Photos)”

Previous post House of Reps compile bills yet to be signed into law by Buhari, to decide on possible override of president’s veto on such bills
Next post Breaking : Ekiti State Governor Ayodele Fayose captured having his hair cut at a public salon (Photos)
Admin