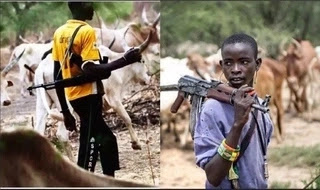 The protesters blocked major roads and created bonfires in the metropolis. 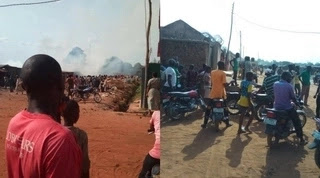 The victims had gone to morning mass at St Ignatius Quasi Parish when their attackers who had laid ambush on the community attacked them around 5.30 am and killed them.
PAY ATTENTION: Do you want to Get new Customers in Your business or Promote Your Good Music, Video, Mixtape – Click to place your advert and promote your Good music
The herdsmen extended their terror to other villagers burnt their houses numbering about 100.
Angered by the news, youths took to the streets, blocked roads and made bonfires which caused tension.
Motorists and commuters diverted for alternative routes to get to their desired destination as schools quickly alerted parents/guardians to pick up their children/wards from schools even before closing hours.
But, for the timely intervention of security operatives who took charge of flash points, the situation would have degenerated into lawlessness when corpses of the dead victims arrived Makurdi to be taken into the morgue.
Also, the Wadata, Wurukum and Modern markets were hurriedly closed even as other shops in the metropolis were also shut as hoodlums attempted to take advantage of the situation to cause more trouble.
Though adequate security has been beefed up in and around the state capital, residents are still entertaining fears and panicking from fear of further attacks and have called on security agencies and state government to rise up to their responsibility to protect lives and property of the people.