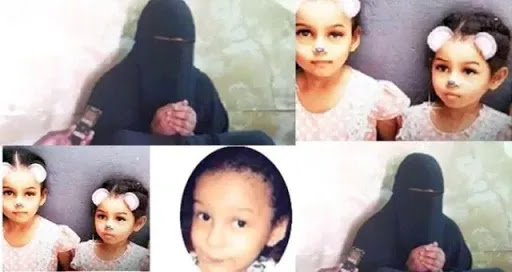 A Nigerian woman who resides in the middle-east, has shocked many with her revelation – she narrated the heartbreaking story of how her Saudi Arabian husband killed their three daughters.
A Nigeria woman identified as Fatima Mohamid Khalil, has narrated how her Saudi Arabian husband allegedly slaughtered their three daughters on Sunday in Al-Rawdah District, Makkah.
Fatima who disclosed that her daughters were sleeping with her in the main bedroom when their father woke them up quite early, said:
“This was an unusual act, but when I asked him why, he said that his father was coming to visit and that his three daughters needed to say hello to their grandfather.”
According to the Saudi Gazette, the woman said her husband took the three daughters to another room, adding that she didn’t suspect anything, but after a while, she became suspicious and decided to go to the room to see what was happening.
READ ALSO: Trouble for policeman who killed Okada rider over N50 bribe in Ebonyi state, as Governor Umahi orders his arrest (grp_Photos) – Click to read more
Fatima further said:
“I was shocked to see my middle daughter Rimaz in his hands soaked in her blood after he had slaughtered her with a knife. I tried to rescue her, but he pushed me away; I fell down. When I got up, he had already slaughtered our eldest and the youngest daughters.”
The woman said that she tried to go out, but discovered that the door had locked. She frantically searched for the key in the cupboard. While she was doing this, her husband changed his bloodstained clothes and calmly asked her to go with him to her grandmother’s house.
She said: “He went out as if nothing had happened. I started crying and neighbours came, but it was too late.”
Fatima recalled that two weeks before the fateful day, her husband woke her up in the middle of the night and asked her to go to her grandmother’s house. He said that he would mind the three girls. Later, the girls cried, asking for their mother.
She said: “Our neighbours heard their cries and informed the police, who came and arrested him, but he was soon released on bail.”
She said the police brought her daughters to her at her grandmother’s house and their father started visiting them every day for about two weeks. 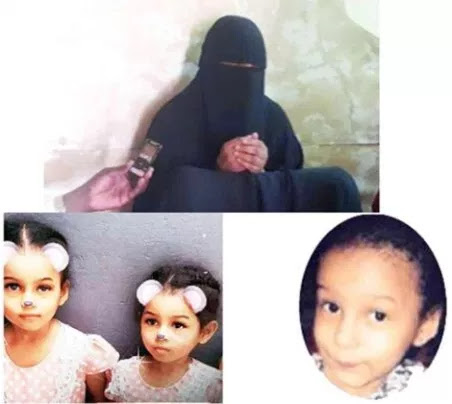 Fatima recollected: “He took me back to his apartment with our daughters the night of the incident. This was just a few hours before he committed his heinous crime.”
Fatima noted that her husband was a retired security guard, who is receiving a pension of SR4, 000, which was not enough to pay the house rent and meet other expenses.
“He did not pay the rent for three months and was indebted to our grocer by more than SR800,” she said, adding that her life with the husband was turbulent, but she continued with him for the sake of her daughters.
The man admitted to the police that he had killed his three daughters but didn’t say why. The police believe that the man is a drug addict.
Fatima is an orphan, who lost both her parents at an early age. She was brought up by her grandmother and an aunt.