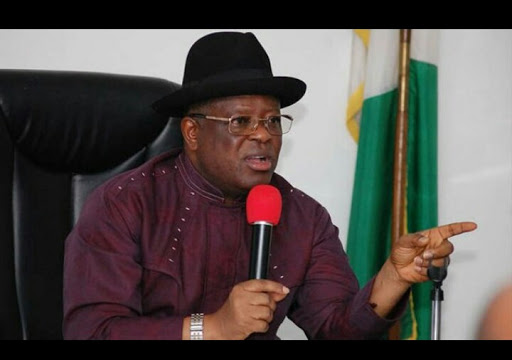 – Governor David Umahi has ordered for the arrest of a policeman who killed a motorcyclist for refusing to give him N50 bribe
– The motorcyclist was killed along Water Works road, Anan in Ebonyi
– The killing of the motorcyclist triggered rage in residents around the area who almost killed the culprit if not for the intervention of some policemen who saved the day
Governor David Umahi of Ebonyi state has ordered the immediate arrest of the police officer who allegedly killed a motorcyclist along Water Works road, Anan, over his refusal to give him N50 bribe.
Speaking through his chief press secretary, Emmanuel Uzor, Umahi referred to the development as ‘barbaric and callous’ and stating that he is certain justice will be served in the. 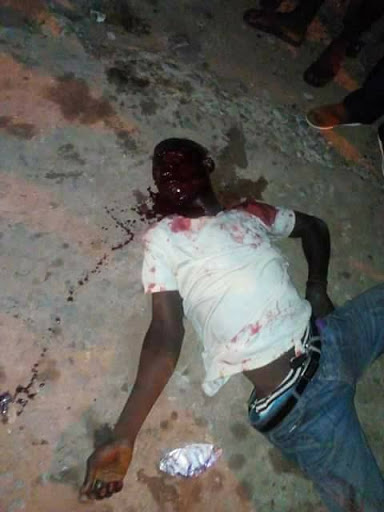 Earlier, Source reported that unnamed police operative on Wednesday, April 25 shot dead a commercial motorcyclist along Water Works road in Ebonyi state for refusing to bribe him with N50.
READ ALSO: BBNaija winner “Miracle has sold his soul to the devil and Illuminati for fame” – Nigerian guy alleges in chat with friend (Screenshots) – Click to read more
The victim, whose identity is still unknown was said to have been accosted by men of the anti-kidnapping squad of the state’s police command at Anan world junction by the said road.
A firsthand eyewitness of the incident told newsmen that the ‘okada’ rider in his 20s was carrying a female passenger when he was flagged down by the police officers, who are notorious for extracting money from vehicle owners at the night along the junction, the Premium Times reports.

The witness revealed: “When they stopped him, they demanded for their usual N50 but he gave them N20 and wanted to drive off when one of them opened fire on him. The bullet shattered his head and he died instantly.”
Consequently, there was confusion on the road as neighbouring residents gathered, attempting to attack the officers. The enraged residents also used tyres to set burn fires on the road.
The witness, however, said that the arrival of a fresh detachment of policemen to the scene took over the situation, using teargas to dispel the crowd and shooting into the air to set them to their heels.
Umahi promised residents in the area the a collaborative effort with security agencies in ensuring that the suspect is brought to book, although the police spokesperson in the state, Loveth Odah, has not given any report on the development.