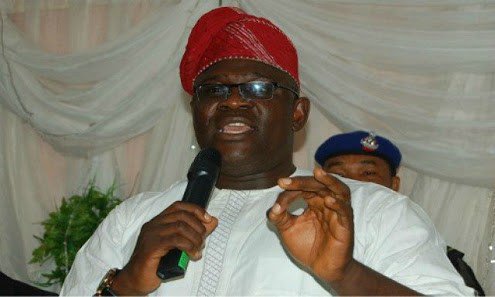 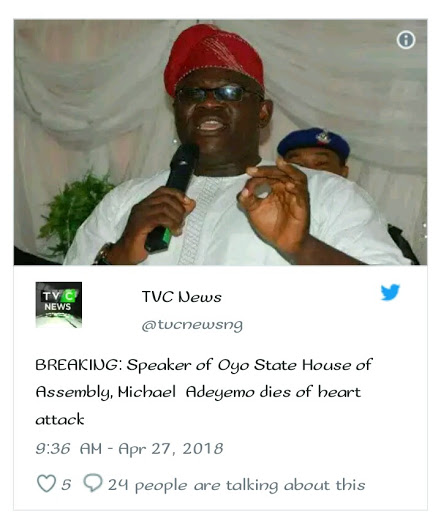 Adeyemo, in his lifetime represented Ibarapa east local government area. He emerged speaker of Oyo assembly in 2015.
“Let partisanship give way to patriotism,” Adeyemo had said in his acceptance speech.
“We must be prepared to sacrifice in the face of financial and economic crises as have been witnessed,” he added.
He was born at Adeyemo Family of Alaarun compound, Lanlate, Ibarapa east local government area of Oyo state and he is the first child of the family, Oyo voice reports.
READ ALSO: 21year old undergraduate dies from kerosene explosion 2 weeks after her matriculation in Cross-River state (Photo) – Click to read more
Adeyemo attended IMG, Oke Ado, Ibadan for his primary school education and Celestial Church High School, Oke Ado, Ibadan for his secondary school education.
He bagged two University first degrees at University of Port Harcourt major in Education Management with second class upper and the prestigious University of Ibadan (UI) major in Law in 2004 and worked with Olujinmi and Akeredolu law firm as a lawyer.
Adeyemo who joined politics in 2007 was the deputy chief whip of the House and a member of committees of fund allocation, works and transport, Agriculture, trade and investment, appropriation and public finance in the the 7th Assembly.
Until his death, he was member of the Nigerian Bar Association (NBA) and International Bar Association (IBA), he served in the executive committee as an auditor and Assistant Secretary of NBA, Ibadan branch.