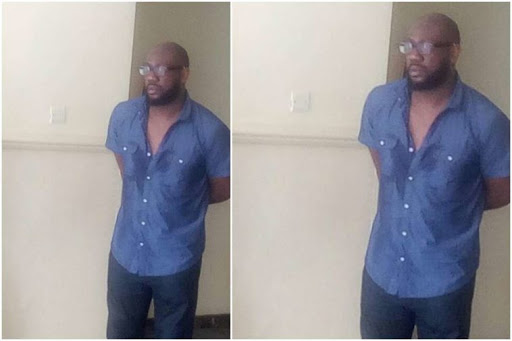 – The son of a former governor of the Oyo state has been accused of defrauding a financial institituonn
– Akinkunle Olunloyo alongside his entertainment firm, Code Media Ltd were charged for defrauding the institution of N40 million
– The Police Special Fraud Unit accused the duo of obtaining the money under guise of using it to renovate his company’s entertainment premises and hall
Akinkunle Olunloyo, son of former governor old Oyo State, Dr Victor Olunloyo, was on Monday brought before an Igbosere Magistrates’ Court, Lagos, for allegedly defrauding a financial institution to the tune of N40 million.
Olunloyo, 40, a former night club owner, was charged alongside his entertainment firm, Code Media Ltd, by the Police Special Fraud Unit (PSFU), Lagos.
They are standing trial on a two-count charge of conspiracy and fraud.
READ ALSO: Threat to impeach President Buhari: Presidency allegedly targets 15 senators over alleged corruption – Click to read more
Police Prosecutor Sylvester Azubuike told the court that Olunloyo and others still at large, committed the offences sometime in November 2014 in Lagos.
He said the accused fraudulently obtained N40 million under guise of using it to renovate his company’s entertainment premises and hall.
According to the police, Olunloyo did not pay back the money, instead, he converted it to his own use.
The offences contravened Sections 312(1), (b), 312 (3) and 409 of the Criminal Law of Lagos State, 2011.
Olunloyo pleaded not guilty and his lawyer, Mr Seyi Soremekun, urged the court to grant him on self-recognition or on liberal terms.
Soremekun said: “We were served with the charge this morning. The defendant has been attending meetings at the PSFU whenever required.”
In her ruling, Magistrate O. O. Oshin observed that the accused was already standing trial on another charge before her.
She granted the accused a bail of N500,000 with one surety in the like sum and adjourned the case until June 5.