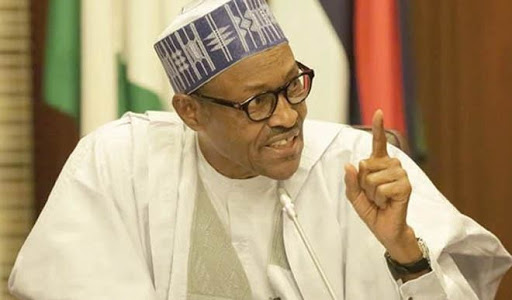 Some members of the National Assembly moved for impeachment of President Buhari
– The legislators made the move over the unapproved payment of $496million for TUCANO fighter jets
– An unconfirmed report, however, stated that the presidency may target 15 senators over alleged corruption following the impeachment move
Following President Muhammadu Buhari’s unapproved payment of $496million to the US government for the purchase of TUCANO fighter jets, some senators rose to seek to institute impeachment proceedings against the president.
Though President Buhari had sent a letter to the NASS, explaining why he paid the money without their approval, the legislators were not convinced.
With what some have described as a convincing reason, President Buhari said the need to quickly utilise the window passed by the American legislature to sell the warplanes to Nigeria – after years of embargo – constituted a compelling reason why the approval was made before the request was placed before the NASS.
READ ALSO: Suspected Imo kidnap kingpin arrested in students’ hostel – Click to read more
Even before the senators took umbrage, the House of Representatives had gone through a similar motion of voicing out its displeasure and pointing out the possible consequence of the president’s action.
However, not all the NASS members are in support of the impeachment move. Whereas there are many who believe and, therefore, insist that Buhari may have breached the laws of the land, their position is that pursuing an impeachment now is not the answer.
The House of Representatives committee chairman on Rules, Hon. Emmanuel Orker-Jev, said heis not an apologist of bad behaviour but resorting to impeachment, which, by its very nature, is cumbersome, would be a distraction as the country approaches next year’s elections.
“Nigerians should be able to decide at the polls whether this is the country they want and whether the President is taking them in the right direction”, Orkar-Jev pointed out.
Senator Shehu Sani is of the view that impeachment is not the answer, even though he believes that the money should be returned.
With the impeachment threat from the Senators, Vanguard reports that some of the senators may be targeted by the presidency over their alleged involvement in corruption, as a way of fighting back.
The report added that the legislators may be angry with President Buhari over the treatment being meted out to some of their colleagues by the executive under whose control are the Economic and Financial Crimes Commission (EFCC) the Department of State Services (DSS) ; the police and other such instruments of coercion.
The first case of harassment cited in the Vanguard report is that of Senator Dino Melaye who is accused of supplying guns to a group of hoodlums after he reported a case of attack on him. Another senator that may be targeted, according to the report, is Senator Shehu Sani from Kaduna state. Senator Sani is also allegedly being insinuated into the commission of a criminal offence by the police. Sani has reportedly been invited by the police.
In addition, Senator Isa Misau is reportedly facing criminal charges for allegedly criticizing the inspector general of police.
Also, Senator Abdullahi Adamu, with his son, is believed to be facing charges at the EFCC.
Senator Peter Nwaoboshi is also reportedly being tried in court by the EFCC, and, currently, being remanded in prison.
Other senators who are reportedly suspected of having or are being targets of possible investigations include but are not limited to Senators Danjuma Goje, Aliyu Wamakko, Murtala Nyako and Jonah Jang.
Also, there is the on-going investigation into the assets of the deputy Senate president Ike Ekweremmadu and Senate President Bukola Abubakar Saraki, whose case at the Code of Conduct Tribunal (CCT) is yet to be concluded.
Senator Rabiu Musa Kwakanso, who was prevented from entering Kano state by the authorities, is also said to be a possible target of investigation.
Though the legislators cited breach of constitution as the sole reason for calling for the impeachment of President Buhari, many believed that the alleged harassment of the legislators by the executives might be the reason for the impeachment move.