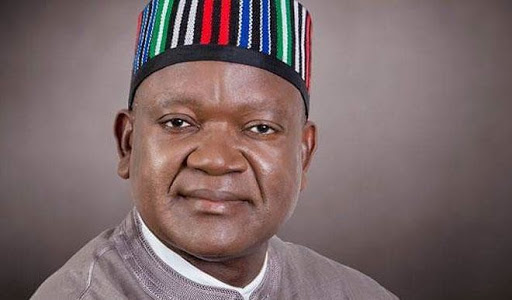 Governor Samuel Ortom has decried the invasion of suspected herdsmen in various local government areas in Benue state
– According to Ortom, only five LGAs are free from attacks in the state
– He also condemned the killing of a soldier and an alleged arson by troops deployed to Naka area of the state
The governor of Benue state, Samuel Ortom has revealed that 18 local government area in the state are under attack by suspected herdsmen.
Ortom said only three out of the 23 local government areas in Benue are free from herdsmen invasion and attack, Vanguard reports.
Speaking with journalists on his return from a vacation in China, the governor said he regrets the continued onslaught against his people from some armed herders.
READ ALSO: 4 secondary school students arrested for cultism in Lagos State (photo) – Click to read more
Calling for vigilance in among residents of the state, Ortom said, the chief of army staff Tukur Buratai would visit Benue to address some of the security challenges in the state.
He said: “Very soon they would become a thing of the past.”
The governor also condemning the alleged burning of houses in the state by some soldiers in Naka said neither the killing of a soldier or arson in the community is commendable.
“This is a clear demonstration that they were not in support of the killing of the soldier,” Ortom said.
He further assured that the perpetrators and parties involved in both attack will be brought to justice.
“Reprisal of any kind will not be accepted by my government and blood shed should not take place in the state no matter the situation.
“When you allow lawlessness to prevail, you are calling for anarchy and when anarchy is allowed to prevail it will unleash a lot of havoc in the society.
“I have never intervened in the arrest and prosecution of any of my appointees, who is suspected to have committed murder and Tershaku’s case will not be different. I will allow law enforcement agencies to do their work,” the governor added.