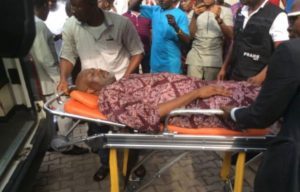 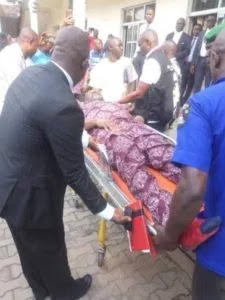 Dino Melaye who arrived Lokoja, Kogi state, was conveyed in an ambulance by the police authorities to appear before a magistrate’s court 2 on Thursday, May 3.
The senator was brought in a Toyota Hiace police ambulance bus with registration number NPF2214D.
It may be recalled that Melaye was declared wanted following his refusal to appear before the police to answer to accusations by some arrested suspects, who alleged that the senator supplied them with arms and ammunition.