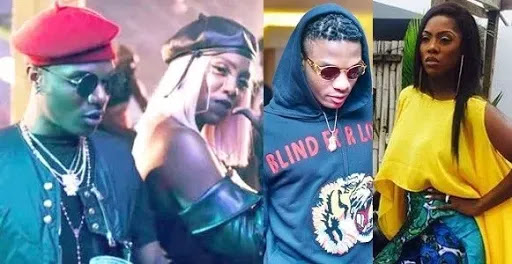 Folks on social media are not buying the idea that Tiwa Savage may or may not be dating her colleague , Wizkid.
Though, Tiwa yesterday made it clear after she gave a shoutout to Wizkid, calling him, her bestie. 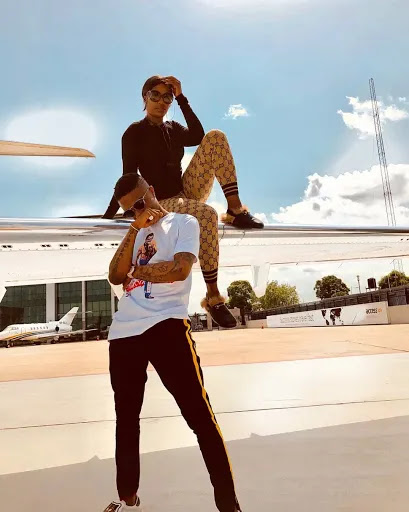 But then, Users on social media aren’t satisfied with that “shoutout” as they all want more than a shoutout from her, to prove that she’s indeed not sleeping with Wiz.
READ ALSO: See full list of Headies 2018 winners – Click to read more
A user on Twitter wrote: “Tiwa Savage sent a shoutout to Wizkid yesterday, so we would think they’re besties.. You lie, you all are sleeping together”
Another Twitter user, @lil_minxxie opined: “ Saying wizkid is fucking tiwa savage is like sayin drake us fucking beyonce..”
@MarcelNtm thinks they both have something together: “Wizkid or tiwa Savage doesn’t have to say it’s official to the world for you to know they both have something. Either they are fucking or they are truly dating… way too much emotional things going on….”
@the_olabode wrote: “Wizkid and tiwa savage are having a love affair and it’s no one’s business”. But If such thing is happening in your neighborhood it’s called sugar daddy and sugar mummy levels.”
@HEAD_MASTA wrote: “I don’t even know how I’d feel if this gist of Tiwa Savage and Wizkid dating ends up being true.”
See tweet below: 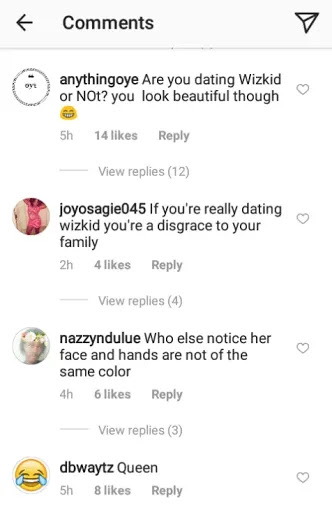 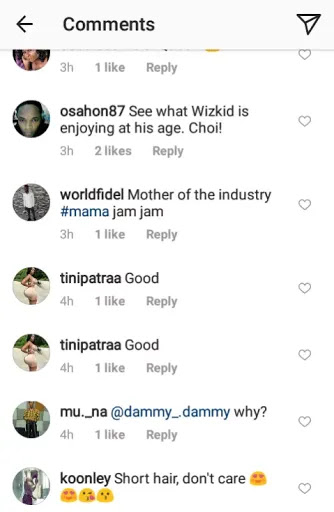 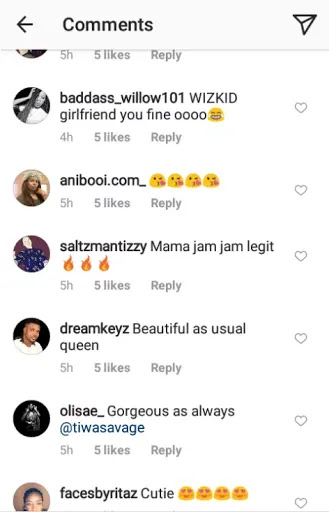