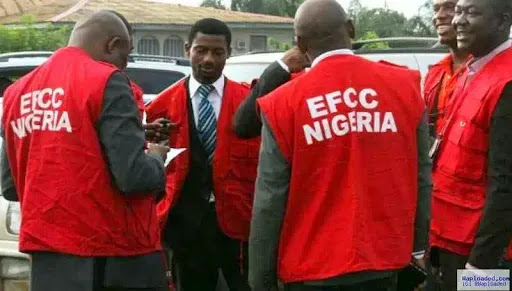 The Economic and Financial Crimes Commission (EFCC) Lagos zonal office, in the early hours of Friday, May 11, arrested over 12 suspected internet fraudsters in the Ikoyi area of Lagos as efforts to rid Nigeria of internet fraud continues. 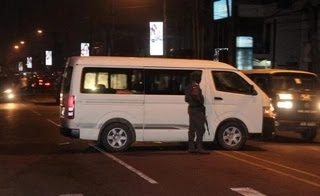 A stationed vehicle used in conveying the suspects. Credit: EFCC

A statement by the EFCC said its operatives stormed the popular Club 57 on Awolowo Way, Ikoyi, where the suspected ‘yahoo yahoo boys’ were rounded up, following intelligence report.
READ ALSO: Father brutally kills his six months old daughter with a pickaxe after he accused her mother of cheating (Photos) – Click to read more
According to report, while some of the suspects abandoned their exotic cars to avoid arrest, others put up resistance, thereby turning the environment into “a war-like zone of sorts.” 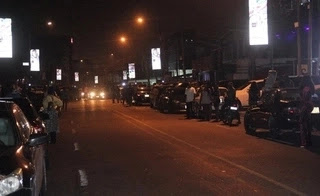 0
Previous post Father brutally kills his six months old daughter with a pickaxe after he accused her mother of cheating (Photos)
Next post Sports: Super Eagles of Nigeria to face LaLiga club, Atletico Madrid, on May 22 at the Godswill Akpabio Stadium (Full details)
Admin