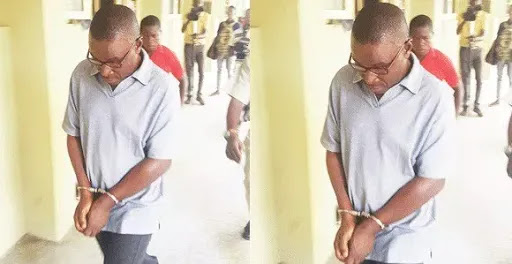 A property developer, Alhaji Ayobami Oseni, was yesterday sentenced to a cumulative jail term of 2,670 years by Chief Magistrate O. O. Olatunji of an Ebute-Metta Magistrate’s Court for defrauding 133 accommodation seekers of N25 million.
Oseni was convicted by the magistrate after he owned up to a 267-count charge of conspiracy, obtaining under false pretences and stealing slammed on him by the police.
The convict was sentenced to 10 years imprisonment on each of the counts without an option of fine.
The sentences, which are to run concurrently, take effect from April 26, 2017 when Oseni was remanded in prison custody following the revocation of his bail.
In sentencing the developer, Olatunji held that the offences contravened Sections 285, 312 and 409 of the Criminal Law of Lagos State, 2011.
He also ordered the Lagos State government to sell the building and share the proceeds among the 133 victims of the fraud.
READ ALSO: Two Ritualists Caught With A Dead body In Ijebu Brutalized By Vigilante (Photos) – Click to read more
The convict was arraigned by the Force Criminal Investigation and Intelligence Department (FCIID) on December 7, 2012. 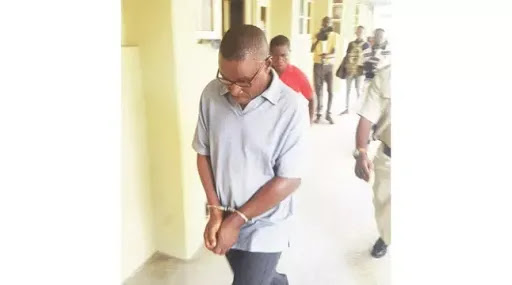 He, however, pleaded not guilty upon his arraignment. However, in the course of trial, Oseni changed his lawyer about four times before deciding to represent himself.
Afterwards, he changed his plea to “guilty.”
He denied being a fraudster and claimed that the building contained eight apartments, not six, but that it was “not normal” for 133 people to live in eight apartments.
At the commencement of trial on February 27, 2013, prosecution’s lawyer, ASP Abraham Fadipe, told the court that Oseni was the developer of a onestorey building at No 3, Church Close, Ajao Estate, Lagos.
He described the building as containing four mini-flats and two self-contained apartments.
According to Fadipe, Oseni posed as a landlord and erected ‘To let’ signs around Ajao Estate while the building was under construction.
Oseni was said to have obtained rents, agency and agreement fees ranging from N160,000 to N300,000, totalling N25 million from at least 133 accommodation seekers on the pretext that each of them would get an apartment in the building.
The prosecution called five witnesses, four of whom testified that when they arrived at the property to take possession, it was already occupied.
The prospective tenants later petitioned the Lagos State Real Estate Transaction Department (LASRETRAD), an agency of the Lagos State Ministry of Housing on November 26, 2012.
The agency later invited the police and held watching brief while trial lasted.