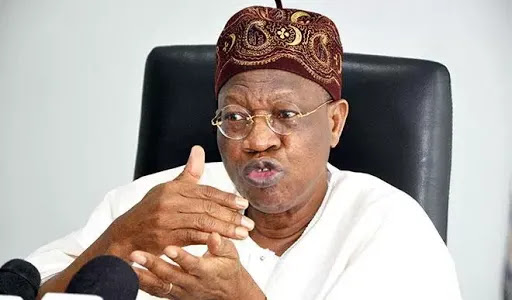 – Mohammed further states that the arrest of the youths is not connected to the recent ward congresses in the state
– He emphasised that the police does not need to be goaded on its constitutional responsibilities
Nigeria’s information and culture minister, Alhaji Lai Mohammed, has denied allegations that he orchestrated the arrests of some youths in Kwara state just as president of the Senate, Bukola Saraki, and the police continue to trade words.
The minister also said the arrest of the youths had nothing to do with the ward congress in his hometown of Oro as was being speculated.
READ ALSO: Check out burial photos of late Yoruba actress Aisha Abimbola aka Omoge Campus, she was buried in Toronto (Photos) – Click to read more
A statement from his media aide to NAIJ reads: “The attention of the honourable minister of information and culture, Alhaji Lai Mohammed, has been drawn to the accusation by the Kwara South youths stakeholders that he orchestrated the recent arrest by the police of some youths in the Kwara South.
“The minister vehemently rejects this accusation. He has nothing to do with the arrest of the youths in Kwara South, and believes – contrary to the allegation by the stakeholders – that the arrest has nothing to do with the ward congress in his hometown of Oro. Afterall, suspected cultists were also recently arrested and paraded by the police in Ilorin.
“The minister wishes to state that the police, in the exercise of its constitutional responsibility, does not need to be goaded by anyone to carry out arrests where necessary.
“Concerning the outcome of the election in his Oro ward 2, the Hon. Minister has made his observations on the conduct of the election known to the appropriate party authorities, in line with his strong belief in the rule of law.
“Suffice it to say, however, that the only credible Ward election was the one held by the genuine party members in Oro ward 2.
“That explains why, after the election, there was a rally around Oro Town that eventually terminated in the country home of the minister. He does not believe there is any linkage between the election and the arrests.”