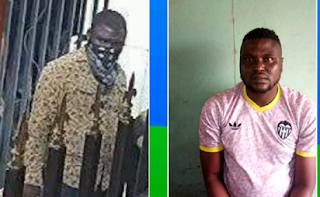 A dismissed police corporal, Michael Adikwu, and 35-year-old Kunle Ogunleye, alias
Arrow , have been arrested by the Police in connection with the Offa multiple bank robbery in Kwara State, where nine policemen and some customers were killed.
Police authorities, yesterday, said: “Sequel to the publication of the pictures of the Offa bank robbers, we have been getting several credible leads from good citizens.
READ ALSO: You must marry her corpse – Family of girl killed by boyfriend in Ondo insists – Click to read more 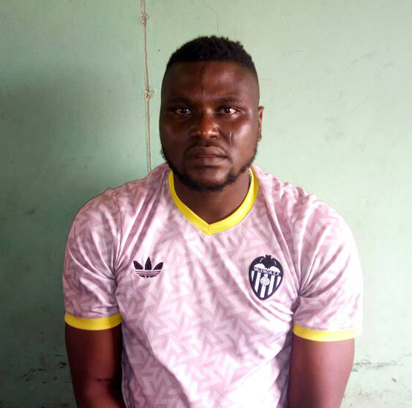 “As a result, IRT teams deployed by the Inspector General of Police, Ibrahim Idris to Kwara, Ondo, Osun, Oyo and Ekiti states were able to arrest two more gang leaders of the robbery whose pictures were circulated by the media.
“The confessed gang leaders are Kunle Ogunleye, aka Arrow , aged 35, native of Kwara State, was arrested yesterday in Oro town, Kwara State; Michael Adikwu, a native of Apa council in Benue State, a dismissed Police Corporal, who was arrested in 2012 and charged to court in Kwara State for compromising by releasing some wanted robbers.
“He had spent three years in prison, found his way out in 2015 and became a notorious robber. He was arrested again by IRT Operatives in Kwara State, two weeks ago.”

0
Previous post Just in: You must marry her corpse – Family of girl killed by boyfriend in Ondo insists
Next post Just in: Police Declares 8 Bankers Wanted Over Stealing Of Customers Deposits Totaling Over N500M. (Photos)
Admin