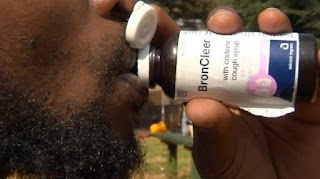 A fine of N2m and a 2-year jail term have been proposed in a bill by the House of Representatives
– A member of the House, Betty Apiafi, reveals that Codeine had almost overtaken Tramadol as the most abused opiate in Nigeria since 2015
– After passing the first reading, the bill was referred to the House committee on healthcare services for more action
On Tuesday, May 22, the House of Representatives proposed a N2 million fine and a two-year jail term for corporate offenders of the ban on Tramadol and Codeine in the nation.
The proposal states that individual offenders will be liable to N500,000 fine and two years imprisonment or both upon being convicted, Premium Times reports.
READ ALSO:  “Bobrisky is fake, he doesn’t have a shop in Lekki or Ozone, he just goes there to take pictures” – Bobrisky’s stylist, Seun Blasts him (Photos) – Click to read more
A bill on it also states that in the case of a corporate body, all the directors, managers, partners and trustees would be guilty of an offence and would be punished as if the crime was committed by them.
Moved by Betty Apiafi (Rivers-PDP), the bill intends to amend the Food, Drugs and Related Products (Registration) of the Act Cap. F33 Laws of the federation of Nigeria, 2004. It also seeks to review the penalties and confer jurisdiction on High Court of the State to try offences under the Act.
Apiafi, who spearheaded the debate on the bill, said: “In Nigeria, between January and December, 2015, 1,044 patients were admitted for treatment in the 11 treatment centres currently part of the Nigeria Epidemiological Network of Drug Use (NENDU) reporting system.
“And, 28.3 percent of the patients had an opiate addiction and the opiates were mainly prescription Medicines: Tramadol (71 percent as 1st most frequently used substance and specified).
“Codeine (15.1 per cent) and Pentazocine (9.9 per cent), Heroine and Morphine represented only 3.3 per cent of the opiates declared.”
Apiafi revealed that Codeine had almost overtaken Tramadol as the most abused opiate in Nigeria since 2015.
She added: “Thousands of young people in Nigeria are addicted to Codeine cough syrup – a medicine that has become a street drug. Three million bottles are drank everyday in Nigeria’s North alone, according to a recent Nigerian government report.”
Apiafi said that lawmakers should also do their utmost in this battle against commercialisation of illegal and unregistered food and drugs.
Sections 6, 7, 9 and 13 of the Principal Act were amended in the new bill which the lawmaker said was birthed 25 years ago and had never seen any amendment or reform till date.

0
Previous post “Bobrisky is fake, he doesn’t have a shop in Lekki or Ozone, he just goes there to take pictures” – Bobrisky’s stylist, Seun Blasts him (Photos)
Next post Check out Photos / Video Of The Nigerian Man Who Killed His Girlfriend for money Ritual And Stuffed Her Body inside A Bucket in Lagos
Admin