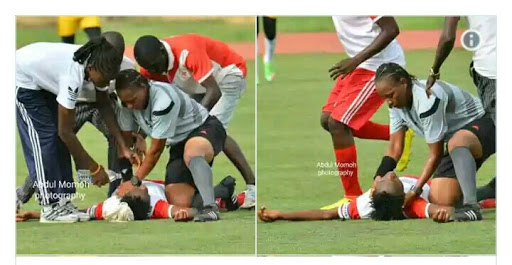 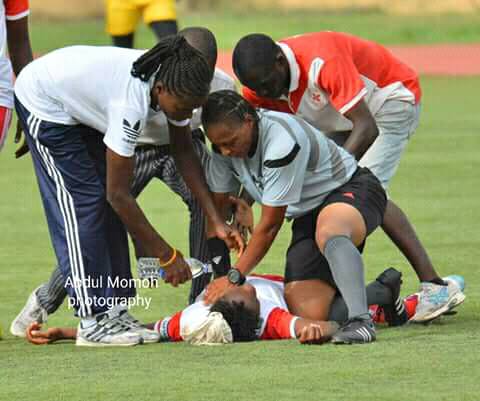 Osawaru had collapsed after being hit by the ball, the woman referee who sensed a serious problem on the part of the player, ran towards her and found out she was lifeless and quickly performed CPR on her to bring her back to life, while directing other frightened players away from the distressed scene.
As a way to appreciate her effort, she was rewarded with a cash of N50,000 by the vice president of the Nigeria Football Federation, Barrister Seyi Akinwunmi, for her quick action and bravery. 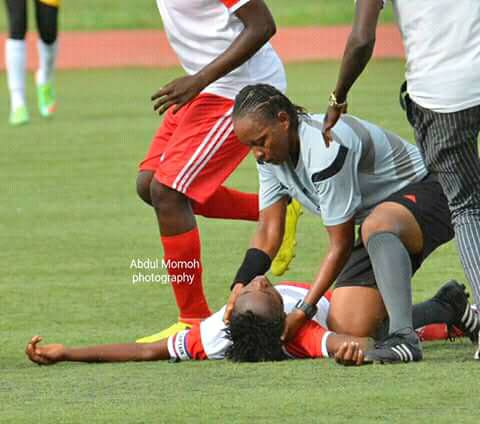 The 28 year old referee from Lagos will also be recognised with a Special Award for Courage/Fair play by the organisers of the “Naija Women Football League Awards.”
The NFF Vice President said he was impressed with Ruth’s bravery and thought there was a need to reward her, so she can do more and be better with her job.
Prominent Radio Sportscaster in a tweet urged the Federal government to reward referee Ruth with a national award. The tweet reads: 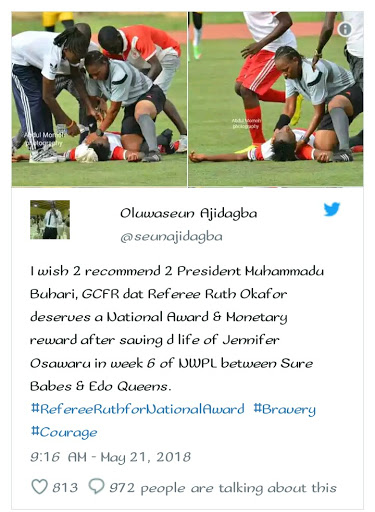