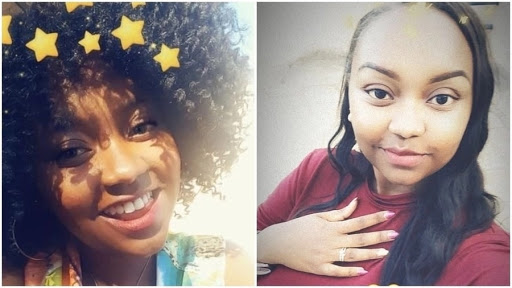 A woman who was supposed to get married in five months has called the wedding off – The woman said her husband-to-be had beaten her to stupor – She explained that his family members were trying to get her to lie about what he did to her A Nigerian woman identified simply as Zippy has taken to social media to announce that she called off her wedding because her fiance physically abused her. The young lady was supposed to walk down the aisle in five months. The lady revealed that her husband-to-be had beaten her up to the point that she was taken to the hospital to be treated. The lady who is mother of one stated that she had to stay strong for her daughter even though she felt broken. Zippy who took to Twitter to share her story revealed that his family members tried to shut her up. She stated that his father had asked her not to tell her friends and family what had happened to her.
READ ALSO: muslims in oyo state protest against relocation of us embassy to Jerusalem – Click to read more
She explained they had tried to lie that she fell down at the hospital. According to her, her family members were the ones who advised her to tell the truth. The young lady who noted that she felt like she was being forced to keep the secret she should be ashamed, expressed that her parents made her strong and they stood by her through it all. She further added that his mother accused of trying to blame her son when she was still recovering after she was released from the hospital. Read post below: 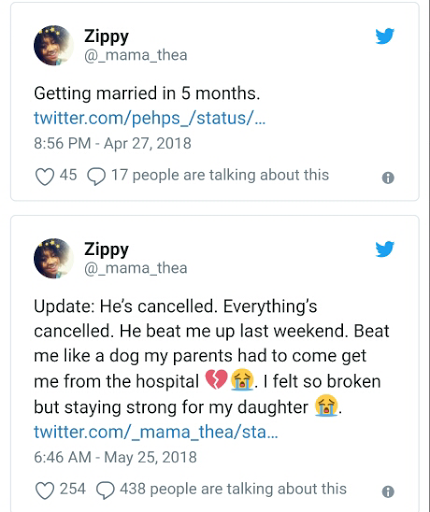 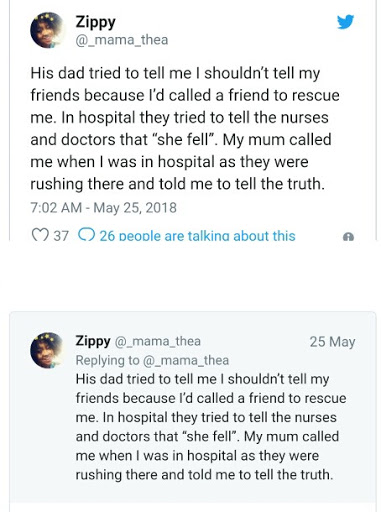 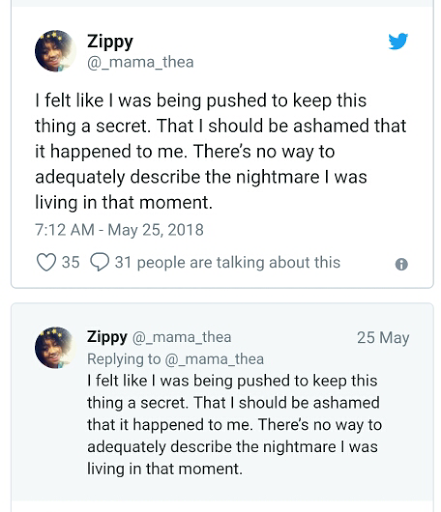 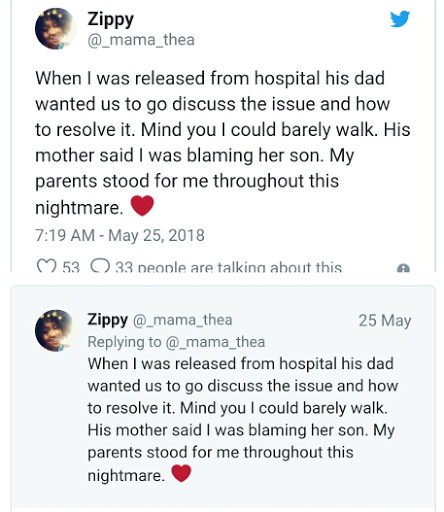 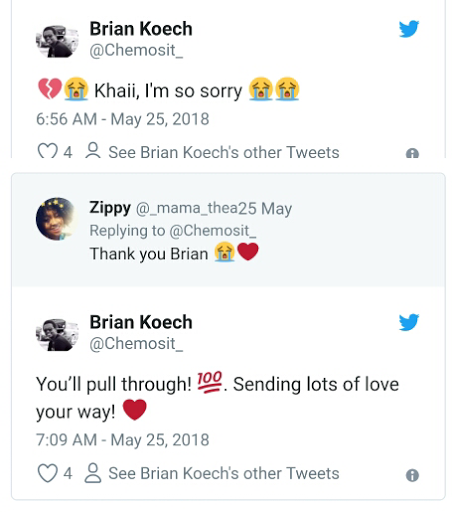 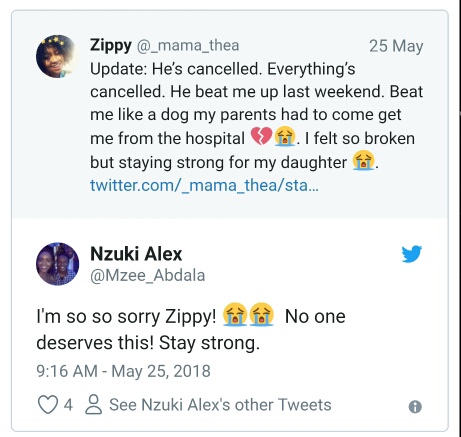 0
Previous post Just in: muslims in oyo state protest against relocation of us embassy to Jerusalem
Next post So sad: South African Mother of two stabbed to death by her boyfriend for breaking up with him (Photos)
Admin