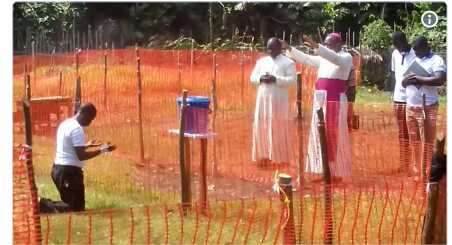 A photo of Catholic bishops praying for a priest allegedly infected with Ebola in Congo has gone viral. 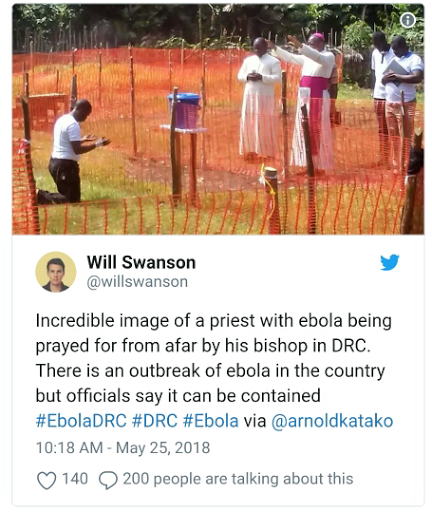 The Catholic priest who got infected with Ebola virus in the Democratic Republic of Congo has been identified as Fr.Lucian Ambunga.
READ ALSO: Shocking as Unknown gunmen assassinate Benue traditional ruler – Click to read more
Katherine Overcamp of Catholic Relief Services revealed that the Fr. Lucian contracted Ebola while ‘taking care of someone who passed away.’ She added the priest is ‘responding well to treatment’, the Catholic News Service reported.

Check out the photo of the priest being prayed for by his bishops in DRC, where he is currently being quarantined as shared by a twitter user below:

This is good news after the deadly disease in the heavily populated port city in northwest Congo that is believed to have killed 22 people since April.