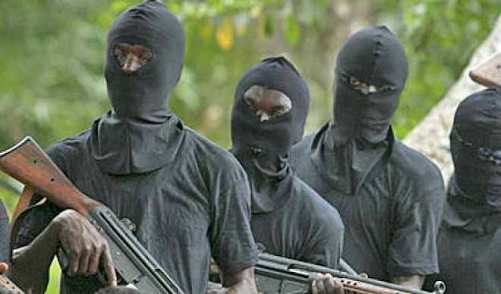 A traditional ruler in Benue has been killed by some gunmen at the GRA area of Katsina-Ala town in the middle belt state.

Daily Sun reports that the incident occurred in the early hours of Saturday, May 26 when the assailants shot dead Godwin Tor Geri Gbajur, a market chief in Katsina-Ala local Government area of the state.

The gunmen were said to have stormed the GRA residence of the chief on a motorcycle at about 6:30am and demanded to see him.

“They shot him at close range and as soon as they were convinced that he had died, they jumped on the Bajaj motorcycle they came with and rode off shooting sporadically as they left,” a source who spoke on grounds of anonymity told Daily Sun.

The police spokesman in the state ASP Moses Yamu confirmed the assassination, saying the victim died on the spot after being shot at close range.

He said: “The Benue State Police Command wish to report that at about 0648hrs of today, one Godwin Gbajur (Katsina-Ala Township Leader aka Tor Gari) was assassinated in his GRA residence at the outskirts of Katsina-Ala LGA by two armed bandits.

“Eye witness account reveals that, the assassins rode on two Bajaj motorcycles to the house of the victim and inquired from him if he was Godwin, which he answered in affirmative before he was eventually shot dead. Eight (8) empty shells of AK-47 ammunition were recovered at the scene.

“Preliminary investigation reveals that the assassins are gang members of Terwase Akwaza aka “Ghana”, the notorious wanted criminal in the state.”