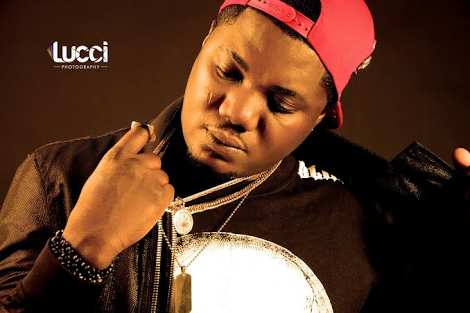 Nigerian rapper CDQ has become the talk of town after a shocking video of the rapper went viral on different social media platforms. The rapper was caught on camera fighting with a group of men.

It was reported that the fighting had started after the rapper’s chain was snatched from him by an unknown man. The rapper who had attempted to get his chain back was seen struggling with a group of men.

In the video, it could be seen that CDQ was furious as he struggled with the men. Some of his entourage and bouncers were also spotted fighting with the men.

The furious rapper who was later separated from the crowd turned his focus on the person filming the violent incident to block the camera. Watch video below: