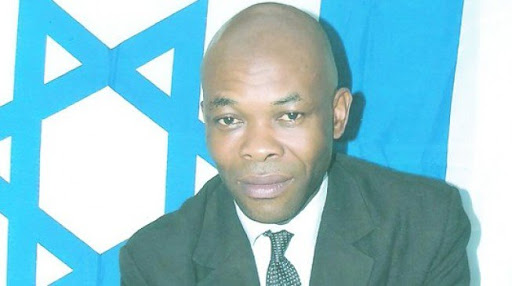 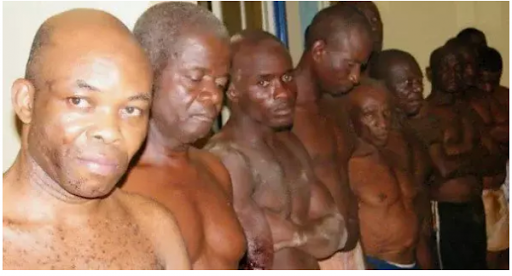 The self-acclaimed President of Biafra, Barr. Benjamin Onwuka stormed the Government House as early as 7 am with Biafra flags.
The group had earlier vowed to be at the Government House today, Wednesday May 30 for the purpose of declaration of Biafra Republic.
Our correspondent reports that upon their arrival at the Government House gate, they were rounded up by security operatives. They marched from the Bissala Road axis to the area.
A combined team of security operatives made up of the DSS, anti-terrorism squad, mobile policemen, SARS, among others carried out the operation.
Onwuka and about 20 other members of the group were arrested, while others fled.
READ ALSO: Suspected cattle rustlers reportedly kill 8 vigilante members in Kaduna – Click to read more

Deputy leader of the group, Mazi Ambrose Ugwu, who confirmed the arrest, said the Southeast governors would be held responsible for whatever happened to their members.
“Peace loving Zionists were today treated like common criminals by the police, who were doing the bidding of Southeast governors.
They beat our members, including our commander, like criminals.
“What happened today is very condenmable. We hold South east governors responsible. There is a collaborating among the five of them to crush Biafra agitators.
“But we are not going be cowed.
We are giving them ultimatum to release them immediately. Failure to do so, they will have the United States and other of our international allies to contend with,” Ugwu boasted.
Confirming Onwuka’s arrest the Enugu state command of the Nigeria Police Force said he was nabbed within the Enugu metropolis alongside his members based on the intelligence information.
In a statement signed by the PPRO Ebere Amaraizu, the police said
“Onwuka has been standing trial in the court of competent court of jurisdiction over his alleged role of murder,Armed Robbery and unlawful possession of firearms before he resurfaced today but fell into the hands of the eagle eyed security operatives of the command.
“Suspects are helping the operatives in their investigations,” the statement reads.