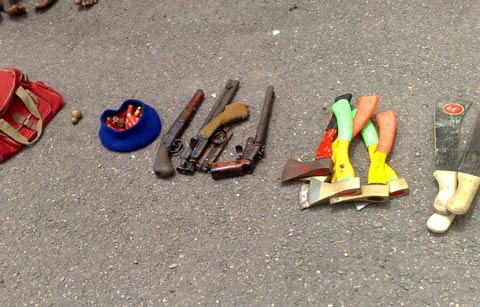 YENAGOA— NO fewer than nine persons have been killed in Yenagoa, Bayelsa State capital, following a renewed clash between two rival cult groups identified as Greenlanders and Bobos . 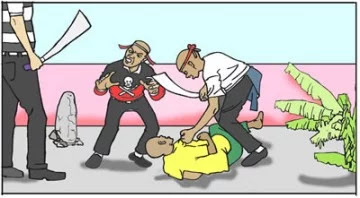 It was gathered, yesterday, that the casualties may increase in the next few days as the killing spree continues.
Areas worst hit by the renewed cult war include Amarata, Okaka, Biogbolo, Obele, Down Yenagoa, Sandfill Road and Azikoro Town, all in the state capital.
While two boys were shot dead Tuesday night at Sandfill area, two others were left dead at Good News Junction and Punch Road area, Wednesday afternoon and night, respectively.
READ ALSO: Photos: Meet the young Nigerians behind “Not Too Young To Run” advocacy – Click to read more
One of the dead persons, identified as T. Juice, a suspected Greenlander member and an indigene of Ogbia Local Government Area of the state, was shot dead at close range while he was eating at an open restaurant in the area.
The street, which is known as Overcome, was thrown into pandemonium when three youths armed with assault weapons opened fire on the defenseless rival.
He was shot in the head and his friend, whose name is unknown but a target, escaped before they opened fire. Many residents, including journalists, scampered for safety.
The killers escaped through the OMPADEC Road area into thin air. By the time a detachment of policemen arrived the scene, a radio message to police patrol teams indicated that another shooting had taken place at Elebele area with another dead body left behind.
Contacted, the Police spokesman, Asimin Butswat, said details of the killings were sketchy.