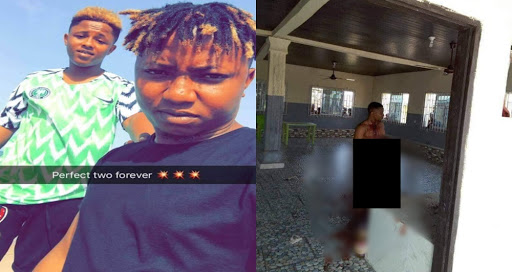 A young Nigerian man has gruesomely committed suicide by stabbing himself repeatedly in Ughelli, Delta state. 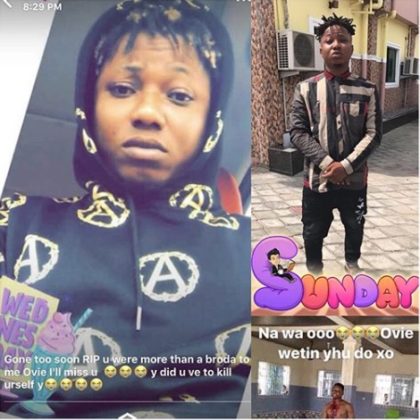 The deceased was believed to be an internet fraudster by people in his neighborhood and according to reports he was suffering the adverse effects of rituals required for the shady business.
According to messages shared by social media users, the young man, named Mukoro Ovie Rex, used a broken bottle to stab himself multiple times and refused to be stopped by concerned observers. As people tried to hold him to prevent him inflicting further injuries on himself, he only intensified his efforts.
READ ALSO: See Numbers of candidates shortlisted for police recruitment from each state, region – Click to read more 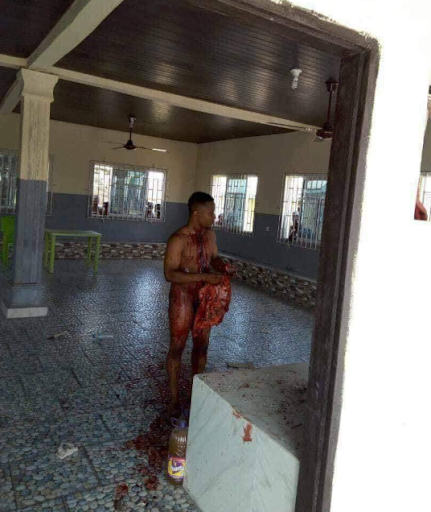 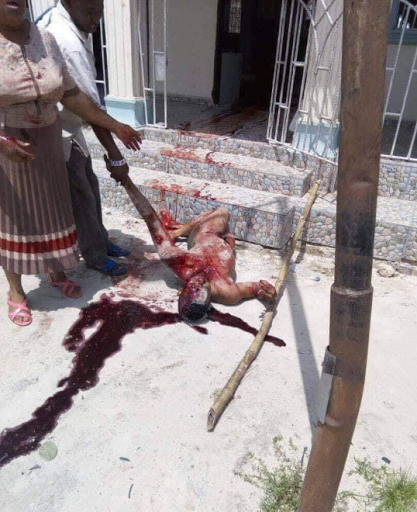 A policeman eventually arrived at the scene and as soon as he saw the officer, he used the sharp edge of the broken bottle to slash his throat.
Photos shared on social media show the young man naked and covered in blood. In one photo, he is seen standing, unconcerned about the amount of blood he was losing. 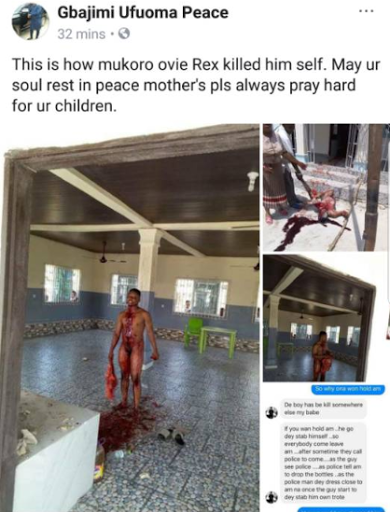 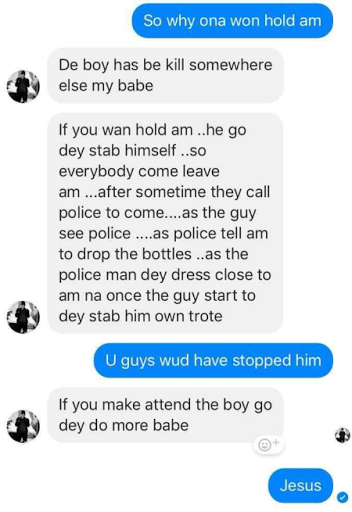 The reason for his action is still a mystery but there are many theories. Some say he was probably a Yahoo boy suffering a spiritual problem brought on by the rituals done for the success of his Yahoo scam. Others say he was probably gay and suicidal..

Others have said that his companion should be arrested and questioned.