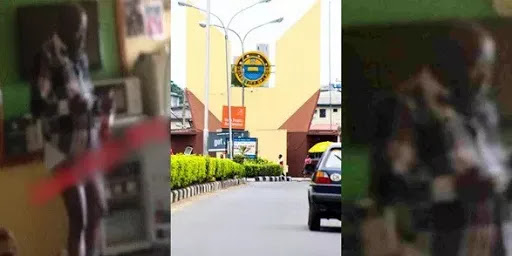 Professor Awonusi Olusegun,who was accused by a female student of UNILAG, of sexually molesting her and some other female colleagues has finally reacted to the viral news. 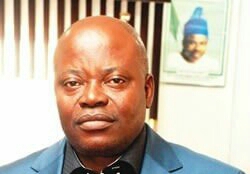 The professor of English Studies in the University of Lagos, UNILAG, Akoka, and former Vice-Chancellor of Tai Solarin University of Education (TASUED), Ijagun, Ogun State, revealed that his phone was stolen. 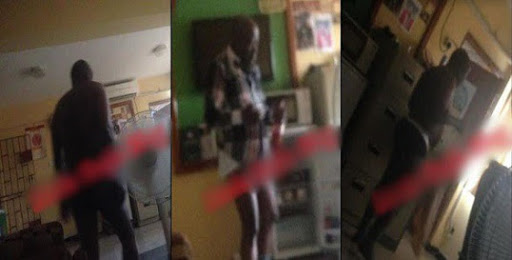 Professor Awonusi, whose nude pictures allegedly taken by the victim while in his office , has denied the allegation, describing it as a cheap blackmail.
READ ALSO: We are happy sending them money, EFCC Nigeria leave Yahoo boys alone.’ – White woman tells EFCC to leave internet fraudsters ‘yahoo boys’ alone (Photo / VIDEO) – Click to read more
In an interview with New Telegraph, Awonusi, who was identified in the photographs accompanying the allegation, explained that the pictures revealed by the accuser had been taken about four years ago, and that the concerned student had graduated from the university about three years ago.
Awonusi said he lost his phone sometimes ago, and that the accuser, who he described as a blackmailer, might have secured the pictures from the lost phone.
He said:
“It is blackmail. The said pictures were taken about four years ago but sometimes ago, I received a message from a particular lady, saying she was in possession of my nude photos and that I should pay her N400,000.
“The lady said if I did not pay the money, she would go public with the photos. I think this is what she had promised.”
Meanwhile, the University, in a statement issued by the Communication Unit of the Corporate Affairs Directorate, acknowledged the news, but promised to conduct thorough investigation and get to the roots of the matter.
“The management has a zero tolerance for allegations pertaining to sexual impropriety, and has a well-established policy against such practices.
“We wish to reassure all our stakeholders, students, parents, members of staff and the general public that management will not treat this matter with levity. Management will tackle the allegation with every sense of responsibility and seriousness that the matter deserves.
The issue would be thoroughly investigated with transparency,” the statement said.
The university has, therefore, called for relevant information from members of the public, and particularly the concerned student, pledging confidentiality and protection of informants.