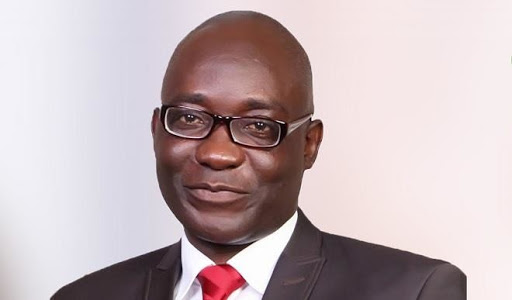 The Kolapo Olusola Campaign Organisation (KOCO), the campaign
organization of the Ekiti State Deputy Governor and Peoples Democratic
Party (PDP) governorship candidate, Prof Kolapo Olusola has described
statement by the All Progressives Congress (APC), complaining about
the deputy governor’s visit to public schools in the State as function
of “Acquired Political Laziness and Electoral Failure Syndrome,”
saying; “It is strange and funny that the APC will complain about
visit to public schools by a sitting deputy governor, who is in charge
of education in Ekiti State.”
READ ALSO: Another bridge built by Gov. Rochas Okorocha collapses in Owerri – Click to read more
KOCO, which reacted through it Director of Media and Publicity, Lere
Olayinka, in a statement issued on Wednesday, said; “If the APC
candidate, Dr. Kayode Fayemi is not being pursued around by his old
shadow of wickedness to Ekiti workers, especially teachers, why is he
not also visiting the schools? Or is anyone preventing him?

“What they are obviously afraid of is Prof Kolapo Olusola’s very
strong affinity with teachers and pupils in Ekiti State. His father is
a retired teacher, his mother retired as a headmistress, his
wife is a teacher, and he is a trained teacher himself.

“Whereas, their own candidate is a holder of PhD in war and we wonder
why he was not able to assist the federal government to solve the
problems of herdsmen killings across the country.”

Olayinka said; “When we read that puerile press statement from the
APC, we couldn’t but laughed because we only saw a party struggling to
take the minds of the people away from the fact that less than 40 days
to the election, it has not campaigned here in Ekiti.

“If not, why should visit to public schools by the Deputy Governor,
who is also supervising the ministry of education and has achieved
tremendous results be the headache of the APC?”

While challenging Fayemi to also visit schools in the State, Olayinka
said; “Instead of holing himself up in Abuja and Akure, Ondo State,
why can’t Dr. Fayemi come to Ekiti and visit teachers in their
schools, local government workers in their various council
secretariats and the civil servants at the State secretariat.

“The last we have about the APC candidate was his apology to Ekiti
people and promise that he has changed for the better.

“We thought that by now, Fayemi would have visited the families of all
those that were killed during his four years reign of blood in Ekiti,
especially those teachers who died as a result of their demotion.

“For instance, we thought that if Fayemi is indeed sorry, he should
have visited the family of Foluso Ogundare, a former member of the
defunct Bibire Coalition, a former political group of Hon Opeyemi
Bamidele that was killed by Fayemi’s thug in Emure Ekiti on November
3, 2013 while holding a political meeting in the town.”