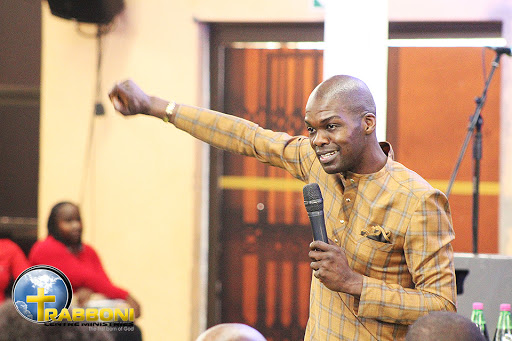 – South African prophet, Lesego Daniel pulled out another trick out of his sleeves recently

It is true the the holy book says Jesus healed the sick and raised the dead with the word of his mouth and the laying of his hands, so the idea of miracles originates from the saviour of humanity according to Christianity guidance.

Thousands of years later and pastors and prophets perform miracles as a sign of being specially anointed – to perhaps, ‘save humanity’ even as their methods are unconventional and most times, mind-bugging.
READ ALSO: Fayose slams FG over call for suspension of anti-grazing law, Says “No going back on implementation in Ekiti” – Click to read more
South African prophet Lesego Daniel has found his way to the top list of miracle performing pastors. In the past, Lesego has been seen asking his members of the Rabboni Centre Ministries to eat grass and drink petrol for all kinds of miracles.

Recently, he was spotted using a pet snake to teach the word and perform even more miracles. Photos from the church program have now circulated the internet and for obvious reasons.

The prophet who announced it was communion service wrapped his snake around a cobra cross sign and placed it in the middle of mixes set to be drunk and eaten by the congregation. Daniel went on to preach the word and displayed the snake as a sign to activate the miracles.

The members didn’t retreat as seen in the photos and some even looked to be enjoying the preaching of the apparently enlightened man of God. 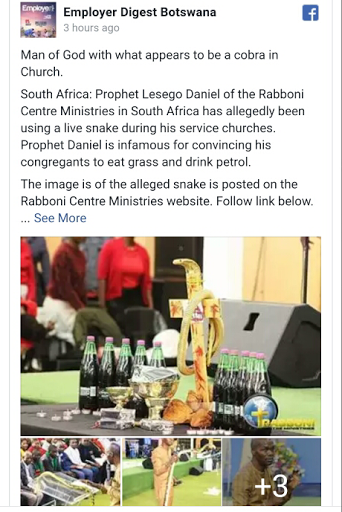 What many social media users find worrying however, is the fact that despite prophet Lesego using the bible as a guide for his teachings, the same bible, after the a serpent tempted Eve, states that enmity lies between a snake and a child of God.
See photos below: 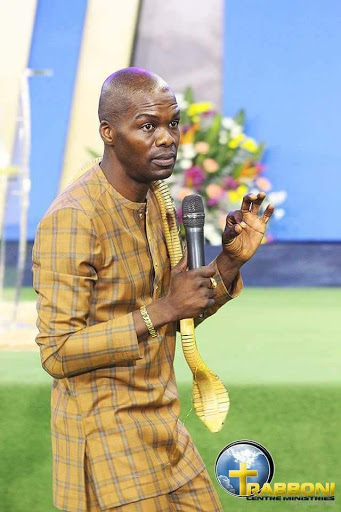 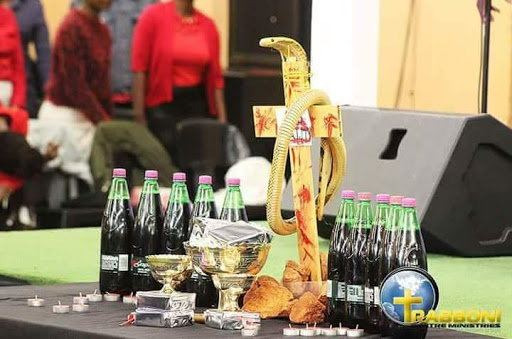 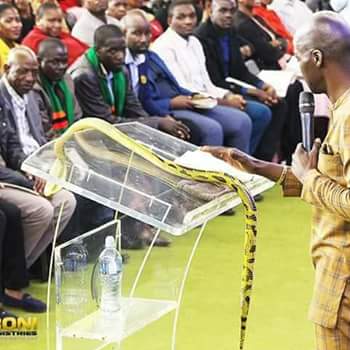 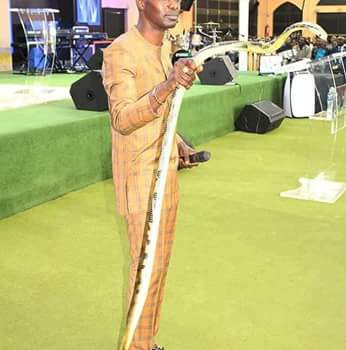 0
Previous post Just in: Fayose slams FG over call for suspension of anti-grazing law, Says “No going back on implementation in Ekiti”
Next post Just in: Another bridge built by Gov. Rochas Okorocha collapses in Owerri
Admin