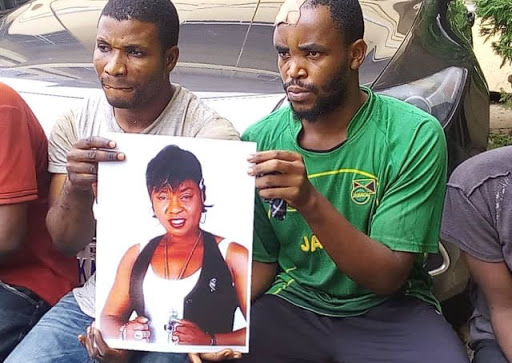 The Nigeria Police Force has paraded Paul Chukwujekwu Ezengo and Emmanuel Adogah for allegedly killing one Charity Chidebere Aiyedogbon, popularly known as Chacha, who mysteriously disappeared in Abuja in 2016.

The Nation reports that one of the suspects, Ezengo claimed that although Aiyedogbon was married whren they met, she was his lover and he killed her to steal her Acura Sport Utility Vehicle (SUV).

Aiyedogbon, who was 44 year-old in 2016 when she went missing was eventually found in parts by the police but the mystery behind her death remained unknown until these two were arrested two years after her death.

The suspects said they committed the crime after giving her excess alcohol, killed her, mutilated her body and packed it into two sacks that were dumped in a river. 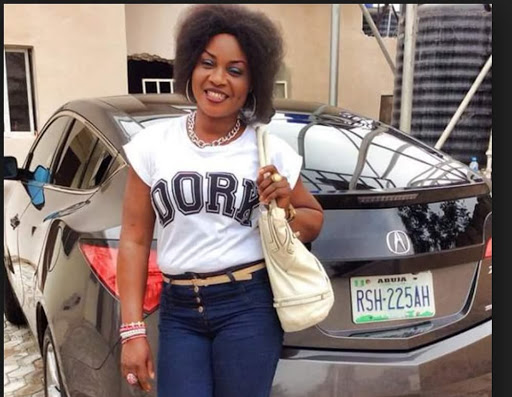 To cover their track, the suspects said they changed the number plate of the vehicle of the deceased from Abuja to (Ebonyi state) SKA625AA.

Giving details yesterday of how the suspects were nabbed, the FCT Police Commissioner Sadiq Bello said: “The dogged determination of the command to unravel the sudden disappearance of 44-year-old Charity Chidebere Aiyedogbon since May, 2016, has yielded a positive result.

“On June 1, police operatives attached to the command’s Anti-Kidnapping Squad, arrested the principal suspect, Paul Chukwujekwu Ezengo, 27, in Benin, the Edo State capital.
“Following his arrest, the principal suspect, who has been at large since the lady’s disappearance, confessed during interrogation that the mother of four was his girlfriend and that he conspired with Emmanuel Adogah, 28, and murdered her on May 9, 2016, at 2330 hours (11.30 p.m) at Kagini.
“According to Ezengo, he gave her excess alcohol to consume before he moved her from Yaoundé Street in Wuse Zone 6 to Kagini area, where she was butchered and her mutilated body packed in two sacks that were dumped on the river bank at Ushafa in Bwari Area Council.
“He further confessed that he killed her because he wanted to take possession of her Acura ZDS SUV and other properties.”
The police said they recovered the deceased’s car and some of her properties from the suspect.
Narrating his involvement with Charity and how he killed her, Ezengo said: “We met on Facebook and she told me she was divorced. I was in a relationship with her for about a year and a half. We were having issues in our relationship because I was not benefiting from the relationship.
“She wasn’t very rich when I met her but I knew she was comfortable and I needed my own share of her wealth.
“Later, evil thoughts came into me that I should kill her and take her car. I proceeded with the thought by involving my friend, Adogah.
“We went to hang out one night in 2016 and while we were there, she had too much alcohol and dozed off. I carried her from the house to where we killed her in Kagini.”
On why he mutilated her, Ezengo said: “That night, after killing her, I was totally drunk. I wanted to carry her after killing her but she did not fit into the sack. That was why I decided to butcher her and dump her body in the river.
“It was greed and the devil that led me to do what I did. I was hoping to get her car after killing her. I feel really bad for what I did but I feel better because her spirit has been disturbing me. I believe that was why I was arrested.”