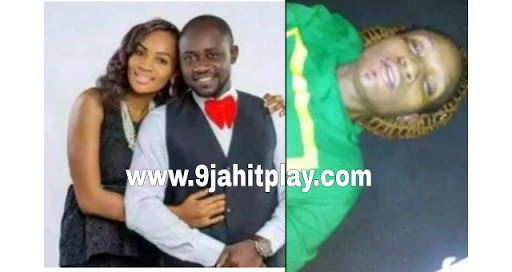 A Facebook user identified as Meg Barn has decided to reveal the face of man who she claimed beat his wife to death. She also disclosed that the couple got married on February 10.

Lady who was identified as Gloria Onyedikachi Obinna was said to have suffered from domestic violence in the hands of her husband, Mgbeodinma Samuel. He hails from Awo-Idemili.

Barn did not only announce the death of the young lady, she also shared pictures of the lady and claimed that her husband abandoned her corpse in his car. This took place on Saturday, June 16. 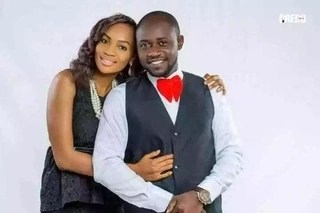 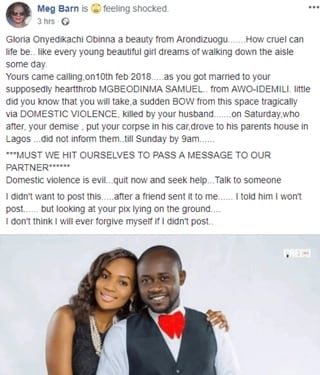 Her post reads: “Gloria Onyedikachi Odinma (Nee NGOFORO) a beauty from Arondizuogu. How cruel can life be like every young beautiful girl dreams of walking down the aisle someday. Yours came calling, on Febuary 10, as you got married to your supposedly heartthrob MGBEODINMA SAMUEL from AWO-IDEMILI. little did you know that you will take, a sudden BOW from this space tragically via DOMESTIC VIOLENCE, killed by your husband.

On Saturday, who after your demise put your corpse in his car, drove to his parent’s house in Lagos, did not inform them till Sunday by 9am. MUST WE HIT OURSELVES TO PASS A MESSAGE TO OUR PARTNER Domestic violence is evil…quit now and seek help…Talk to someone. I didn’t want to post this after a friend sent it to me, I told him I won’t post but looking at your pix lying on the ground. I don’t think I will ever forgive myself if I didn’t post.”

Another lady identified as Katchy Ohiaeri, also shared pictures of the beautiful lady with the caption: 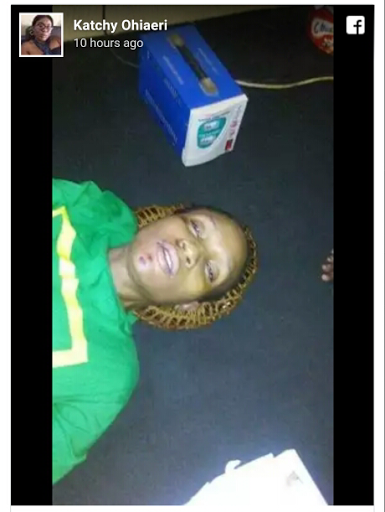 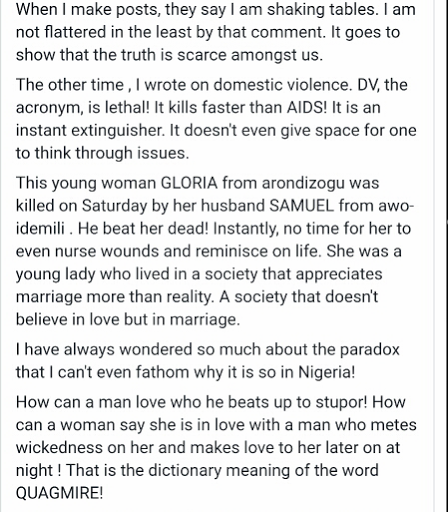 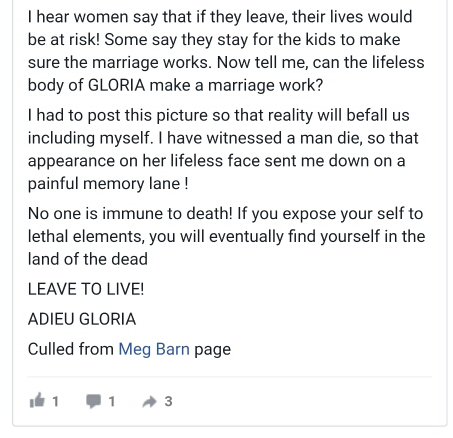 0
Previous post So Sad, 20year old Rapper XXXTentacion, shot dead in Florida
Next post Boyfriend on the run after burning his Pregnant girlfriend on the face with a bar heater (Photos)
Admin