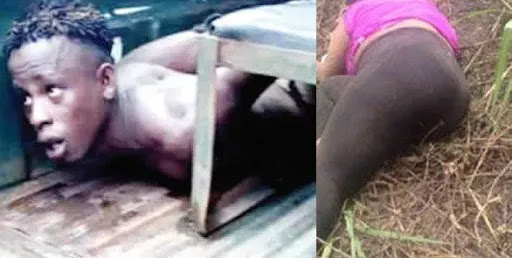 A 25-year-old man who has been identified as Agaezichi Ogbonna from Akpaa Mbato village in Obingwa Local Government Area of Abia State has reportedly killed his 52-year-old mother after allegedly impregnating his cousin.
According to Southern City News , it was learnt on Tuesday that following the development, angry youths in Akpaa Mbato village descended on Ogbonna, but for the timely intervention of the soldiers attached to a nearby checkpoint, the suspect would have been lynched.
An anonymous source disclosed that Ogbonna, who is said to be the last son of his mother, was allegedly accused of having sexual affairs with sisters of the same parents at his maternal home.
He was said to have impregnated one of them in the process, an act which the villagers, said was a taboo in their community and Igbo land in general.

READ ALSO : Boyfriend on the run after burning his Pregnant girlfriend on the face with a bar heater (Photos) – Click to read more

It was learnt that defiant Ogbonna was said to have ignored the warning of the community to continue sleeping with one of the sisters whose name was simply identified as Ugochi, which did not go down well with his sick mother. 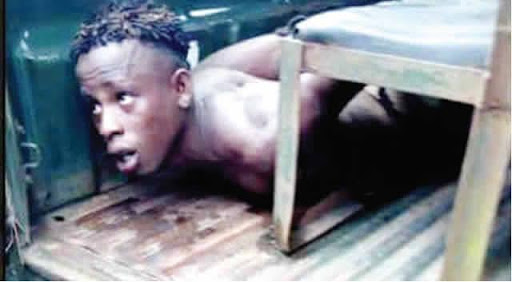 “Ogbonna’s mother who was managing her high blood pressure condition angered by the son’s action and the negative effect his abominable act would bring to the family, decided to raise the alarm after she noticed that her son was sleeping with Ugochi.
“In the heat of an argument with the mother, Ogbonna kicked her on her ribs which aggravated her health condition. She was said to have collapsed and died shortly afterwards when some members of the family who came to her rescue tried to stabilise her.”

A member of the community, who also pleaded anonymity, said that on seeing that the mother had died, Ogbonna tried to run away, but was prevented.
The source said when the news filtered into the community; the youths stormed their compound and took Ogbonna to unknown destination.
The family source said the youths after beating Ogbonna to a pulp was on the verge of setting him ablaze when soldiers, who were alerted, rescued him from the villagers who had already hung tyre on his neck and about to pour fuel on him.
A soldier at the Akpaa Mbato Army checkpoint said they mobilised to the scene to save the suspect from jungle justice when they were alerted to the action the youths of the community were about to take.

0
Previous post Boyfriend on the run after burning his Pregnant girlfriend on the face with a bar heater (Photos)
Next post Just in: See List of powerful politicians sent to jail under President Buhari administration
Admin