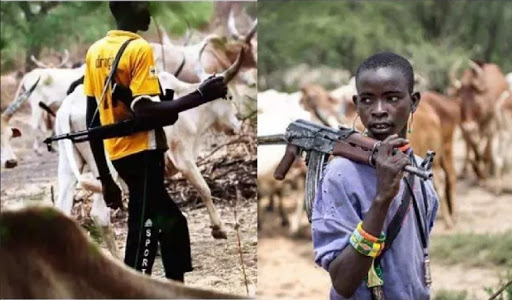 An Igbo pressure group, identified as Voice from the East, VEAST, has given the Fulani herdsmen in the South-East, as well as Anioma, in Delta State, and Ikwere in Rivers State, up till August 31, 2018 to leave.
The group wants the cattle rearers to vacate their land and forests.
The group embarked on a peaceful protest Tuesday in Enugu, warning that should the armed herdsmen fail to leave after the ultimatum, they would mobilise and comb forests and lands to send them packing.
They said that they may even resort to killing the herdsmen should they become adamant and refuse to leave.
They said that the quit notice was a result of the Federal Government’ inaction or tacit support for the herdsmen menace.

According to DailyPost, convener of the group, Comrade Kindness Jonah, told newsmen after their demonstration that government’s inability to check the killings necessitated the issuance of the quit notice. 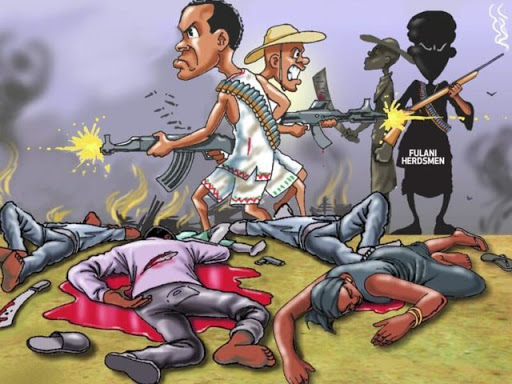 “We carried out the demonstration for the sole purpose of giving quit notice to Fulani herdsmen in Igboland, the five South Eastern states as well as Anioma and Ikwerre land.
“The aberrant killings by Fulani herdsmen purposely unchecked by Federal Government and military instigated this quit notice.
“At Ezi Nze in UDI Local Government Area of Enugu State, Fulani herdsmen kidnapped several young men, demanding N2 million compensation for purported killing of undisclosed number of cows, out of which N6000,000.00 has been paid.
“VEAST sees this as an affront of the highest order which can no longer be tolerated in Igboland.
”After 31st August, 2018, since nobody holds the monopoly of violence and for the mere fact that the Nigerian military and police are working secretly, openly with the herdsmen, VEAST will galvanise young men from all Igboland to enter Igbo forests to kill and butcher any Fulani herdsmen,” he said.