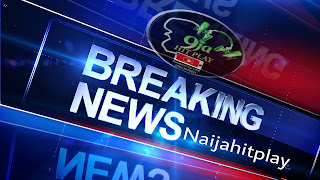 There was pandemonium in the Kosofe, Epe and Lagos Island areas of Lagos State on Thursday as hoodlums loyal to some aspirants of the All Progressives Congress opened gunfire on some residents and party members.
PUNCH Metro gathered that while no fewer than seven people, including a former chairmanship aspirant, Ibrahim Mustapha, were injured in Kosofe, one person was killed and about 10 injured in A4 polling unit in Epe.
The deceased was identified as 30-year-old Idris Alooma.
Many were reportedly injured in the fracas on the Lagos Island.
On Thursday, the APC held primary election for aspirants seeking the party’s tickets into the House of Representatives.
Election was not held for the senatorial tickets because former candidates were reportedly returned unopposed.
Those supporting Pepper left the polling unit. By the time they returned, they were armed to the teeth and started shooting. The thugs were led by one Arikuyeri.
“After they were done, they raided Mile 12, Ikosi Isheri, Agboyi Ketu, and other areas under the Kosofe Federal Constituency. They went on the rampage for about two hours, shooting and destroying property. The area is still tense. Some of those injured have been admitted in a hospital.”
Another witness claimed that the violence lasted for more than three hours.
He noted that innocent residents, who were caught in the melee, got injured while fleeing.
“The hoodlums were brought in 17 buses. They chased away people who wanted to vote, including elderly women. They attacked those who resisted. Some people fell into ditches while running away,” he added.
The witness claimed that the former chairmanship aspirant, Mustapha, who was admitted to a private hospital, was hacked with machetes in the head.
“He was attacked on Adebayo Mokuolu Street, Anthony Village, Kosofe. The thugs chased and cornered him. They cut him with machetes. It took the intervention of passersby, who carried him to a hospital.
“He was initially rushed to two nearby hospitals, but he was rejected before he was taken to where he was admitted,” he said.
One of the thugs, identified as Nokia, while escaping on a motorcycle, allegedly left a bag containing machetes and guns.
The News Agency of Nigeria reported that Alooma was killed in Epe by thugs who wanted to disrupt the electoral process.
The Epe House of Representatives primary  election involved four aspirants: Wale Raji, Lanre Odubote, Segun Olulade and Remi Adebowale.
The delegates, who came from 19 wards of the division, reportedly arrived at the polling unit around 3.45pm on Thursday.
They were reportedly screened by security operatives before they were allowed into the venue of the election.
A witness, Mr Akeem Lawal, said the killing happened around 4.15pm after the election while some members were awaiting the announcement of the result.
He said when the hoodlums were informed that the election was not in favour of their candidate, they mobilised on motorcycles and invaded the polling unit.
Lawal said the hoodlums shot continuously, which led to the death of the victim.
“The gang was led by one Sabano,” he said.
A NAN reporter who monitored the election reported that some aggrieved youths set houses and vehicles ablaze across Epe communities.
The Divisional Police Officer in Epe, CSP Adeyeri Sunday, said one of the suspects had been arrested.
The state Police Public Relations Officer, CSP Chike Oti, said the police handled all the incidents that arose from the election.
He said, “The state is peaceful.However, there were some incidents, which police operatives nipped in the bud. We will continue to ensure the peace in the state is not affected at this time.”