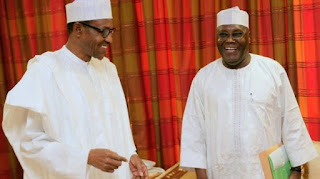 The Arewa Consultative Forum has said the group is not in a hurry to endorse either President Muhammadu Buhari , who is the presidential candidate of the All Progressives Congress, or the Peoples Democratic Party’ s candidate, former Vice -President Atiku Abubakar , ahead of the 2019 presidential race .The Secretary -General of the ACF, Mr . Anthony Sani , in an interview with SUNDAY PUNCH , stated that the northern body was of the view that there were other presidential candidates of northern extraction from other political parties who might need endorsement too .According to Sani , the forum cannot afford to ignore the other candidates at the expense of Buhari or Atiku .He noted that the emergence of both candidates from the northern region was heartening, adding that it would make irrelevant the age-old politics of identity, which sought to promote cleavages of the nation along ethnic , religious and regional lines.The ACF secretary said this would pave the way for “ real issues of genuine concern to ordinary Nigerians . ”He said , “ Though Atiku and Buhari have emerged as presidential candidates of the two main political parties , it is important to note that there are other presidential candidates of northern extraction in some other political parties who cannot be ignored .“ Unlike the pan- Yoruba socio -cultural group , Afenifere , which planned to endorse a yet unidentified candidate , Sani insisted that it was not practicable for the forum to endorse the candidate of a political party. ”He said , “ What the ACF does is to enlighten the electorate about the qualities to look for in candidates who can provide purposeful and effective leadership.“ It will further enlighten the public about the party manifestos that can deliver on what most northerners share.“ In the case of the incumbent President , the performance of the administration by way of fair and realistic assessment of progress against plans by the government for the purpose of informed judgment on election day is expected to form part of the enlightenment of voters. ”Atiku, Buhari’ s manifestos ’ ll determine our votes — YakasaiOn his part, the Chairman of the Northern Elders Council , Alhaji Tanko Yakasai, said the programmes put forward by Atiku and Buhari would determine which of them the group would support.He said , “ In my opinion , this is not the appropriate time to start making decisions about where the votes will go . Neither of the two candidates has published a clear-cut manifesto or programmes . I am advising that people wait for the programmes put forward by the candidates before we make our final choice.“ I was not even in Nigeria when the conventions of the parties took place . By the provision of the constitution of Nigeria , no organisation, other than a political party, is allowed legally to solicit for votes for any candidate .“ Those who are doing it are doing it against the law . The Peoples Democratic Party did their convention with 13 aspirants and one emerged . The APC did theirs also . It is a matter for Nigerians to make up their minds to decide who they will vote for . ”