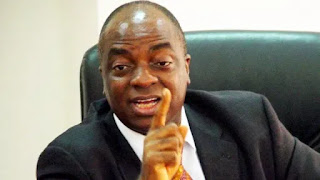 The general overseer of the Living Faith Church Worldwide, also known as Winners’ Chapel, David Oyedepo, has said he does not belong to any party.
Mr Oyedepo, while giving his Sunday sermon titled: “Covenant day of open doors” said his goal is to secure a glorious destiny for Nigeria.
The bishop had earlier been criticised by some Nigerians for his presence at the reconciliation meeting that held between former President Olusegun Obasanjo and the candidate of the Peoples Democratic Party (PDP), Atiku Abubakar, in Abeokuta last Thursday. 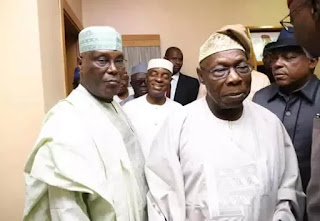 Two other prominent clerics, Hassan Kukah and Ahmad Gumi, who had also been criticised for attending the reconciliatory meeting have also explained why they were in Abeokuta.
However on Sunday Mr Oyedepo, while he did not directly explain why he was at the parley like his colleagues, said he is an apolitical and peace-seeking leader.
“I have never belonged to any political party and will never belong to one. Wherever parties you are in, that is where I am in. There is no party without winners in it, if you get to any party and you don’t see any winner in it, you better check out of there, even the one that have not being formed winners are there.
“Our goal is to secure the glorious destiny of our nation by paying whatever price it require. I have never taken any dime from any political candidate in my life, I am a mediator. The price of peace is far cheaper than the cost of war so what we are saying is let us talk this over don’t let us exchange blows.
“Let us be mature and be sincere, let’s give chance to reason and let the wicked turn from their wicked ways. We have to do it by appealing to people’s reasoning. Does anybody here want to see war? The 30 months war we fought, the effect keeps lingering, you won’t see war again in the name of Jesus.”
Mr Oyedepo was pictured on Thursday with other religious leaders who accompanied Mr Abubakar to the residence of Mr Obasanjo who had earlier vowed not to support Mr Abubakar. After the meeting, the Ogun born politician forgave Mr Abubakar and endorsed him for president.
The ruling All Progressives Congress (APC) while reacting however said the endorsement will not stop President Muhammadu Buhari from winning the 2019 presidential election.