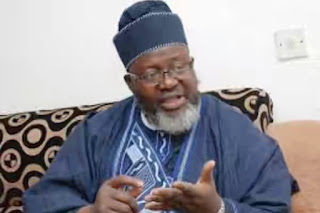 The Minister of Communication, Adebayo Shittu, has dragged his political party, the All Progressives Congress, APC to court.

The Minister took the legal action after the party disqualified him as a governorship aspirant in Oyo State.

The ruling party stopped the Minister from continuing his gubernatorial race through screening after he failed to present a National Youth Service Corps, NYSC, discharge certificate.

The News Agency of Nigeria, NAN, reports that Shittu in the originating summons argued that it was wrong for APC to disqualify him for not presenting the certificate.

The Oyo-born politician also said that participation in the NYSC scheme was not a condition precedent to be satisfied before he was appointed a minister.

“Whether, by the combined reading of sections 176-183 of the constitution of the federal republic of Nigeria [as Amended] and Article 20(iii) & (iv) of the Constitution of the All Progressive Congress; it is a condition that the gubernatorial aspirant of the 1st Defendant (APC) and/or any political party for that matter in Nigeria must present the National Youth Service Corps Discharge/Exemption Certificate;

”Whether it does not amount to denial of fair hearing as enshrined in section 36(1) of the 1999 constitution of as amended for the 1st defendant to have purportedly disqualified the plaintiff from contesting for governorship election in Oys state under the platform of the 1st defendant without availing the Plaintiff an opportunity to be heard on the allegations that the plaintiff avoided the National Youth Service Scheme; and

”Whether by the combined reading of the provisions of Sections 147(5), 65(1)(b) & (2), 66 (1) of the 1999 Constitution (as amended) and Section 12 of the National Youth Service Corps Act, Cap N84 laws of the Federation of Nigeria 2004, the plaintiff was qualified to have been appointed as a Minister capable of holding the office, and/or any other governmental office at any level notwithstanding the fact that he did not participate in the National Youth Service Corps scheme.”

In an affidavit, the Minister personally swore to and filed by A.U. Mustapha, his counsel, Shittu said there was no “call-up instrument” served on him when he graduated.

“I was liable but not obligated to have participated in the National Youth Service Corps Scheme both at the time I graduated from the said University and as at the time I was called to the Nigerian bar,” the affidavit read.

“I know as a fact that I was also not served any notice or notified in any manner to proceed to participate in the National Youth Service Corps scheme.

“I know as a fact that participation in the National Youth Service Corps programme is not one of the requirements to be satisfied under the 1st defendant’s constitution to enable me to participate in the primary election for Nominating the party flag bearer for the office of governor of Oyo state in the 2019 general election.