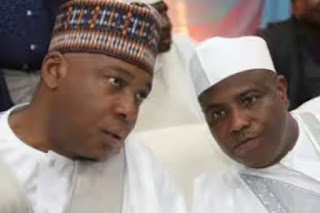 In a confirmation to THISDAY, the National Publicity Secretary of the party, Kola Ologbondiyan, also said that the Sokoto and Rivers states Governors, Aminu Tambuwal and Nyesom Wike have been also named as zonal coordinators for North-West and South-South respectively.

Immediate past Governor of Ekiti state,  Ayo Fayose was named as the coordinator for South-west.