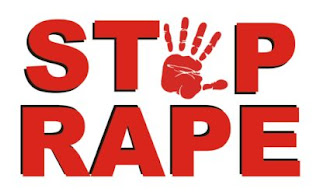 A 35-year- old man Ayegunle Adekunle has been arrested by men of Ogun State Police Command for unlawfully having carnal knowledge of a 3-year old girl (Name Withheld).

The Police Public Relations Officer in the State, Abimbola Oyeyemi in a statement said the suspect was a co-tenant with the parents of the victim at No. 29 Ore Meji Street Oriokuta Ota,

Oyeyemi said he was arrested following the report by the victim’s mother who reported at Onipanu Divisional headquarter Ota that she discovered a blood stain in the pants of her daughter which raised her suspicion consequent upon which she removed the pants from the girl and further discovered that she was actually bleeding from her private part.

“On enquiry, the girl disclosed to her how the suspect lured her into his room and had carnal knowledge of her.

“Upon the complaint, the DPO Onipanu division Sp Sangobiyi Johnson detailed his detectives to the scene where the suspect was promptly arrested. He has since confessed to the commission of the crime blaming it on the devil handiwork. The victim has been taken to hospital for medical attention and report.

“Meanwhile, the Commissioner of Police Cp Ahmed Iliyasu has directed that the case be transferred to Anti-human trafficking and child labour Unit of the State Criminal Investigation and Intelligence Department for further investigation and prosecution”, he said.

0
Previous post Breaking: Serious Fight Happening Right Now In Lagos..bewear Of This Areas It’s A No Go Area
Next post We are taking steps to enforce Fayose fundamental rights,EFCC has no right to keep him for over 24 hours _ Ozekhome
Admin