Kaduna State Government has imposed a 24-hour curfew on Kaduna town and environs with immediate effect.

The Senior Special Assistant to the state governor on Media and Publicity, Mr Samuel Aruwan stated this on Sunday in Kaduna… 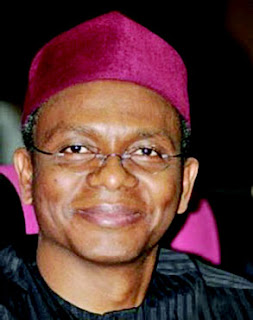 The governor of Kaduna State, Mallam Nasir Elrufai has again imposed 24 hours curfew in the state.

“This is a notice of a 24-hour curfew imposed on Kaduna town and environs, with immediate effect’ the governor said on his Twitter handle today

He advised residents to comply with this directive, saying “the decision has been taken in the best interest of the state.”

A similar crisis in February left more than 10 people dead in Kasuwan Magani, while 65 suspects involved in the crisis were arraigned in court but the case is still ongoing.

Acting DCP Jimoh Moshood, the Force Public Relations Officer, disclosed this while addressing newsmen on the violence on Sunday in Abuja.

Moshood said that the operations would cover the entire Kasuwan Magani and its environs and other flash spots in the state.

“The intervention force will be working in synergy with the Kaduna state police command to ensure that peace and normalcy returns to the area.

“To achieve success, the force will be proactive and strict in the enforcement of its mandate, police standard operations procedures and rules of engament,” he said.

He said that the force would carry out a 24 hours surveillance and patrol, stop and search, continuous raid of identified criminal hideouts and black spots.

He enjoined traditional rulers, religious leaders, politicians, parents and guardians to support the police in the discharge of their responsibilities.

Moshood said that 22 suspects directly involved in violence have been arrested and are in police custody assisting the police in the investigation.

The spokesman said that some prominent personalities kidnapped during the violence have also been rescued and reunited with their families.

0
Previous post Boko Haram Attacks two communities in Borno
Next post I would rather die than join APC or bow to Buhari – PDP, stalwart Fani-Kayode
Admin