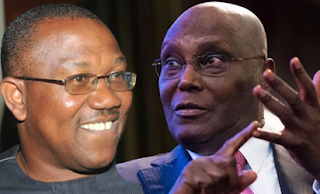 THE  Ndigbo Unity Assembly, NUA, has asked the presidential candidate of Peoples’ Democratic Party, PDP, Alhaji Atiku Abubakar and his running mate, Mr. Peter Obi to hurriedly assuage the opposition  within the rank of the South East governors and the party’s stakeholders in the zone to ensure there is no stumbling block to their victory in 2019 presidential election.

NUA, in a statement issued in Onitsha by its  national president, Dede Uzor A. Uzor,  after their general meeting in Abakiliki,   Ebonyi State capital however, frowned at the opposition to the emergence of Mr Obi, who was the former Governor of Anambra State as the running mate of Abubakar in the 2019 general election.

It however, lauded PDP and it’s presidential candidate for the choice of an illustrious Igbo son as Obi.